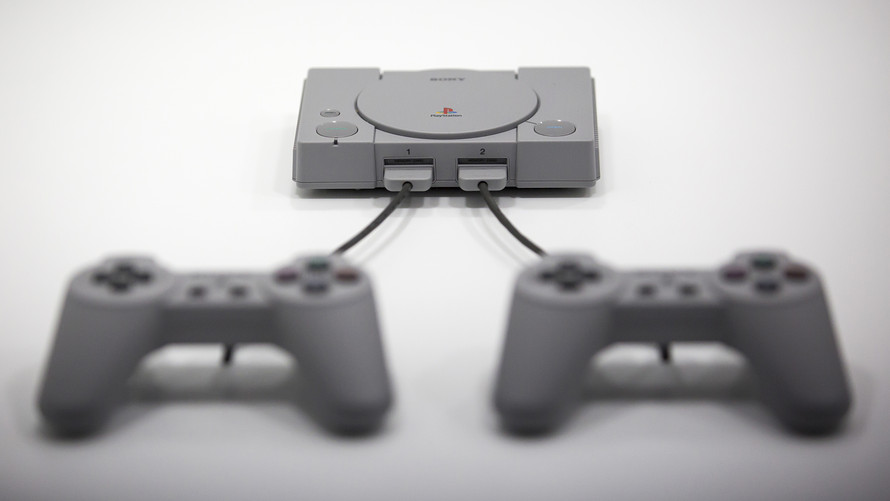 The PlayStation was a video game-changer.

But the $299 gaming system with its breakthrough CD-ROM format and ergonomic controller sold 100,000 units in Japan on its first day — and went on to become the first video game console to sell more than 100 million units globally. The PlayStation and its successors introduced players to games and characters such as Crash Bandicoot, Tomb Raider’s Lara Croft and Gran Turismo that have become cultural icons.

And there was no sophomore slump — in fact, the PlayStation 2 remains the bestselling video game console of all time at 157.7 million units, despite being released almost two decades ago. One major feature that set it ahead of the rival Nintendo GameCube and Sega Dreamcast at the time: It played DVDs. So investing the $299 for the system meant buyers got a gaming console and a DVD player for the price of one. Plus, it boasted exclusive game titles such as Final Fantasy X, God of War and Kingdom Hearts, as well as franchise sequels like Grand Theft Auto III and Metal Gear Solid 2: Sons of Liberty.

While Sony saw some bumps along the road — the PS3 sold just 87.4 million units worldwide — its PlayStation consoles and handhelds have consistently performed very well overall.

And now a quarter-century later, PlayStation has scored the Guinness World Record title of bestselling console brand, with more than 450 million units sold across its four home consoles. “We’re thrilled to be certified as the best-selling home video game console brand ever, with over 450 million units sold across the original PlayStation, PS2, PS3 and PS4 as of Nov. 7,” PlayStation shared on Twitter /zigman2/quotes/203180645/composite TWTR -0.90%  on Tuesday.

So in honor of the original console’s 25th birthday, here’s a look back at how PlayStation became one of the video game industry’s biggest players. 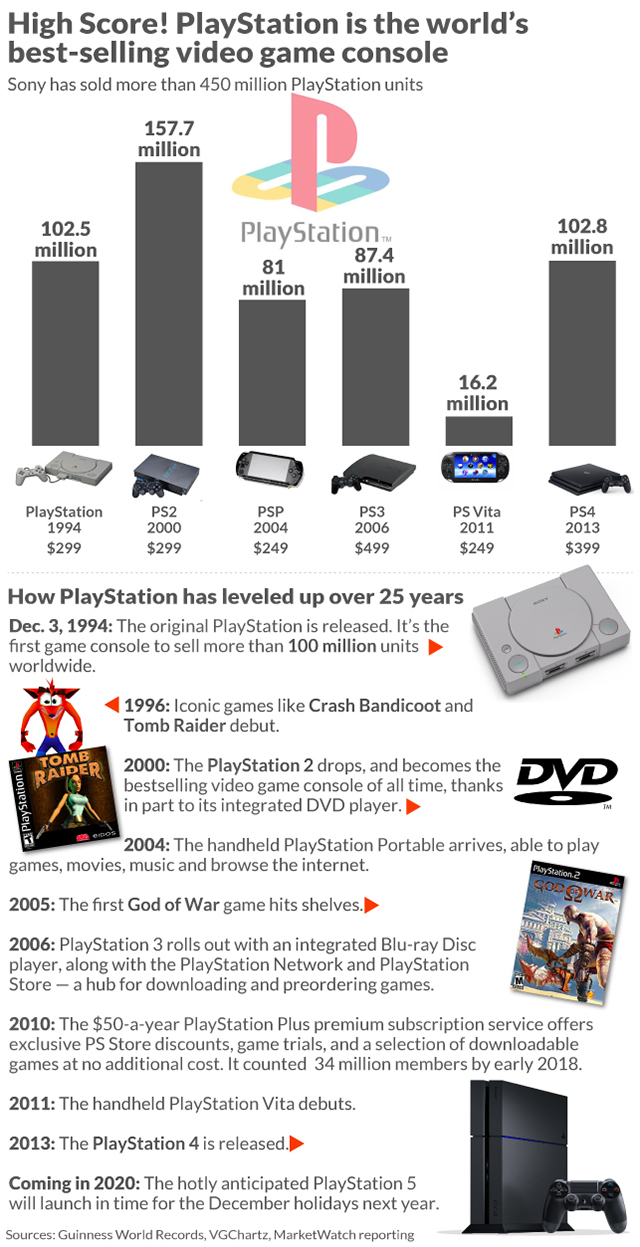 Get news alerts on Sony Corp. ADR — or create your own.