Analyst: Watch for ‘signs from the central government and from the independence movement that they’re willing to sit down’ 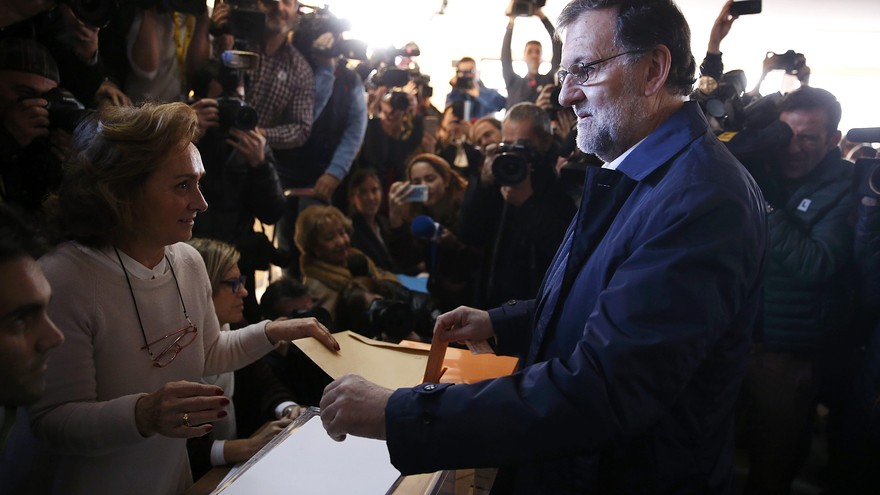 After a rough stretch for Spanish stocks, there’s plenty of talk about staying away from that corner of the global equity markets, as Catalonia edges toward secession.

When might the coast become clear to jump back in? Strategists are buzzing about that, too, as they track the fallout from the Oct. 1 referendum, in which Catalans overwhelmingly backed independence.

Spain’s IBEX 35 /zigman2/quotes/210597995/delayed XX:IBEX +0.0083%  benchmark lost nearly 2% in the new quarter’s first week as tensions increased between the country’s government and Catalonia’s leaders. The decline grew worse at midweek, but the index then pared some losses as media reports suggested the push to secede was slowing a bit. This week it’s up by about 1%.

Still, the wealthy region might declare its independence soon, as Catalan President Carles Puigdemont said Tuesday that he intends to do exactly that but wants negotiations with the Spanish government first. Spanish Prime Minister Mariano Rajoy is expected to respond Wednesday. Secession would inflict a considerable toll on Spain, because Catalonia accounts for 19% of its gross domestic product, according to the Economist Intelligence Unit.

“I’d be a bit careful with Spanish stocks now,” said Angel Talavera, a senior eurozone economist for Oxford Economics. “You’re starting to see a disconnect between Spain and the rest of Europe in the last few weeks.”

Check out: Spain — and investors — go on roller-coaster ride after Catalonia’s referendum chaos

Talavera, who is based in the United Kingdom but hails from Catalonia, has cut his fourth-quarter IBEX forecast, saying the index will finish roughly flat for the period, down from his earlier prediction of a 3% gain. The IBEX is up about 8% for the year.

“It’s not the right time to go into the IBEX 35 yet,” said Predrag Dukic, who handles equity trading in Madrid for CM Capital Markets’ international clients. “That would be taking too much risk.”

Still, Dukic isn’t throwing in the towel on Spanish stocks. He’s watching for “signs from the central government and from the independence movement that they’re willing to sit down and sort it out.”

Adds Dukic: “That would be a signal to perhaps move into the IBEX 35.” It could take a few weeks or months before that green light comes, he reckons.

Talavera isn’t expecting politicians from Madrid and Barcelona to quickly exchange olive branches, but he predicts that Spanish stocks will get their groove back as investors grow accustomed to the tensions.

“In terms of an actual solution — progress, moving forward — I don’t see anything happening anytime soon, because the government in Madrid really doesn’t have a lot of appetite to sit down and offer a lot of concessions,” he said.

On the other side, the independence movement’s leaders have been pushing hard and don’t appear inclined to negotiate. Spain’s government tried to prevent voting on Oct. 1, but more than 40% of Catalonia’s voters still cast ballots.

“Any solution would take years, “ Talavera said. “It’s going to be a kind of chronic situation for the next few years.”