This expense is probably burning a big hole in your budget 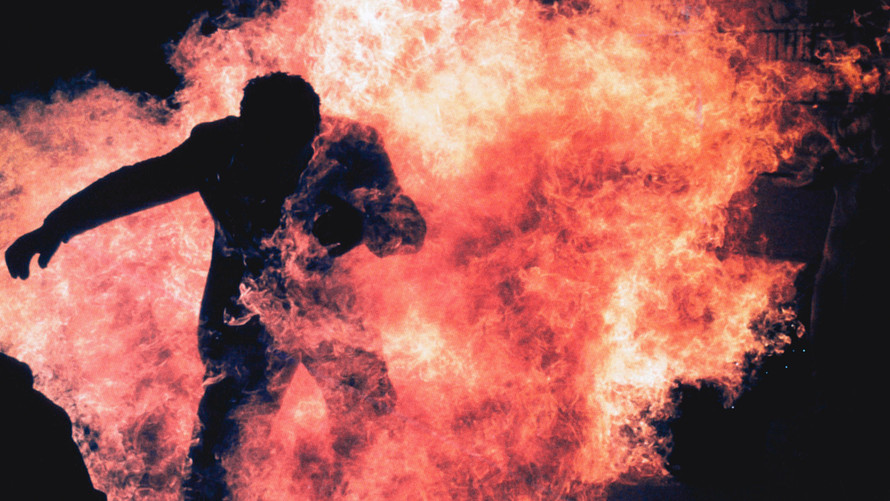 The three biggest debts most people take on are their mortgage, student loans and car loans.

A home isn’t guaranteed to appreciate but historically housing has beat the rate of inflation, it’s a form of forced savings, it’s the roof over your head, and it can provide some level of psychic income.

Student loans can be taken to the extreme, but they generally offer the potential for higher earnings over the course of a career and better job prospects.

A car loan is the only one of the three that gives you a depreciating asset. It’s estimated a new car depreciates around 20% in the first year and 10% per year after that.

The number of car loans and the amount of those loans has grown considerably since the turn of the century: 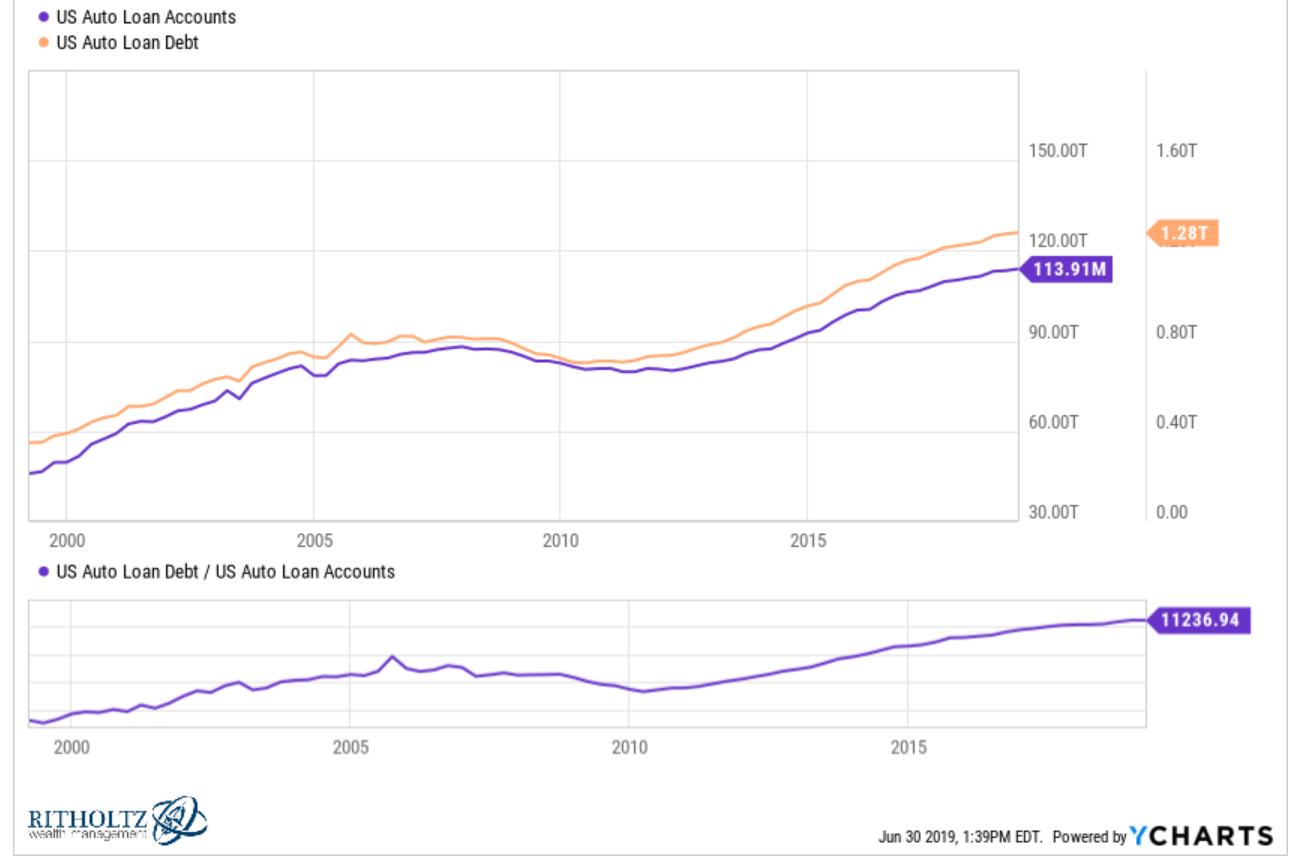 Not only has the debt level risen but the length of loans continues to grow. According to the Federal Reserve , the average length of a new car loan is now creeping up to almost six years (66 months vs. 62 months in 2008).

One of the biggest reasons for the growth of car loan debt is the fact that more people are buying trucks and SUVs. According to The Wall Street Journal , five or six years ago there was roughly a 50-50 split of new vehicle sales between cars and trucks/SUVs. Now it’s closer to 70-30 in favor of SUVs and trucks.

And SUVs and trucks are expensive.

My colleague and fellow blogger Tadas Viskanta wrote a piece recently on why a luxury car is unlikely to improve your happiness , which led to this mini-podcast with me about the subject on “The Compound Show” .

Here are some random thoughts on the subject:

Buying a car that’s 1-2 years old is a good strategy. To avoid that big depreciation hit in the initial years of a new car you can always buy a car that was leased for a year or two for a pretty good deal. I’ve done this before and it’s a great way to save on a nearly new model without overextending yourself.

Buying a reliable car and owning it for a long time is also a good strategy. There’s nothing wrong with buying a new car, but if you plan on borrowing money for five to seven years to make it happen it makes sense to buy a car that will last even longer to assure you have at least a few years where you don’t have car payments.

There are probably more wealthy people driving a Honda than a Mercedes. I can’t prove this, but I would guess there are more people with their finances in order driving an Accord than a C Class Benz. Buying a nice car says you spend a lot of money, not have a lot of money saved. The millionaire-next-door crowd does not spend a lot on cars.

If you have to buy luxury or new regularly, leasing is probably better than buying. Some people just need a new car every few years. If this is the case, leasing probably makes more sense because you can get lower payments than buying and then trading up.

I’m not trying to spend shame people. I don’t want to be that finger-wagging personal finance person who lectures people on how to spend their money. But I can’t help but wonder how many people are overextending themselves to buy a nice car in lieu of saving for retirement or college for their children or a house down payment or anything else that’s probably more important than the new car smell.

These types of additional fixed costs can be a killer to your finances.

If you’re already maxing out your retirement accounts and have a solid emergency fund and save for your children’s education, sure, buy a nice car.

But if you’re struggling financially in other places and also drive an expensive car, look no further — that’s a perfect place to cut back.

Ben Carlson is the author of the blog “A Wealth of Common Sense,” where this was first published. It is reprinted with permission. Follow him on Twitter @awealthofcs.