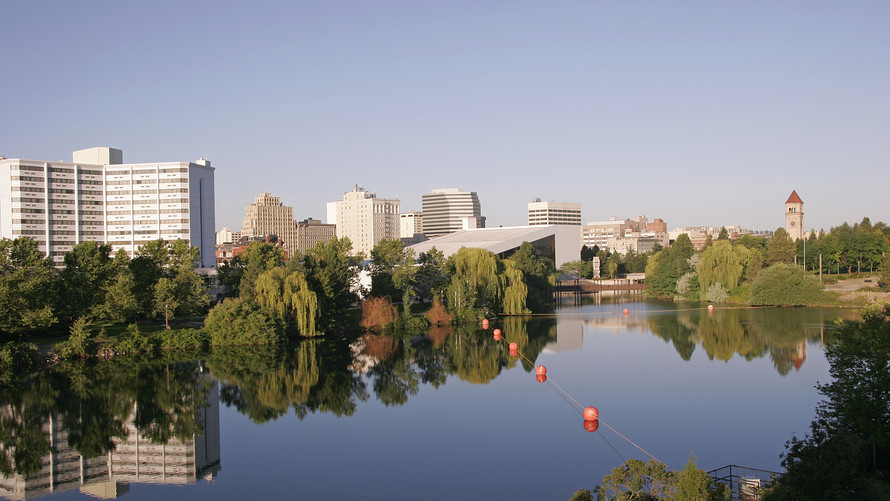 Getty Images
This city in the Pacific Northwest is a popular destination for home buyers.

Looking to move to a new town? There’s a decent chance that Spokane, Wash., will feature in your search.

A new report from Realtor.com examined the 100 largest metropolitan areas nationwide for cross-market demand. Researchers studied views of Realtor.com listings, comparing how many people from out-of-town were looking at homes in a city versus how many locals were looking to move away.

Read more: Rent control may not be a lifeline for California’s renters

And affordability was a clear driver of the interest in Spokane. The median list price for properties viewed in Spokane by out-of-towners was 21.8% lower than the median list price in their home markets. Over a third of the people considering moving to Spokane currently live in Seattle, which has seen its home prices skyrocket thanks to its burgeoning job market.

Here are the 10 cities attracting the most cross-market demand for their homes:

Not all people looking to buy a home in another city are looking to move permanently though. For instance, in Charlotte, N.C., out-of-town prospective buyers generally looked at properties that were more expensive than the ones where they live. “This dynamic could be explained by wealthier shoppers looking for vacation homes or higher-end properties in these metros,” Sabrina Speianu, a senior economic research analyst at Realtor.com, wrote in the report.

(Realtor.com is operated by News Corp /zigman2/quotes/201755982/composite NWSA -0.41%   subsidiary Move Inc., and MarketWatch is a unit of Dow Jones, which is also a subsidiary of News Corp.)

At the other end of the spectrum, San Jose, Calif., had the lowest inbound-outbound ratio, meaning that it had a much higher share of people looking to leave the city relative to those looking to move there. Other expensive cities that similarly had residents looking to buy homes elsewhere include San Francisco and Los Angeles.

Notably, the cross-market demand in the greater Washington, D.C., metro area declined significantly over the past year. Home prices in some DC-area suburbs have skyrocketed since Amazon /zigman2/quotes/207159039/delayed XE:AMZ +0.41%   announced it would build its second headquarters in the area. As a result, fewer people may be looking to move there as affordability has gotten worse.