This is the No. 1 cruise line for your money

The best cruises for families, couples, the affluent and more, according to U.S. News. Plus, secrets for saving on cruises. 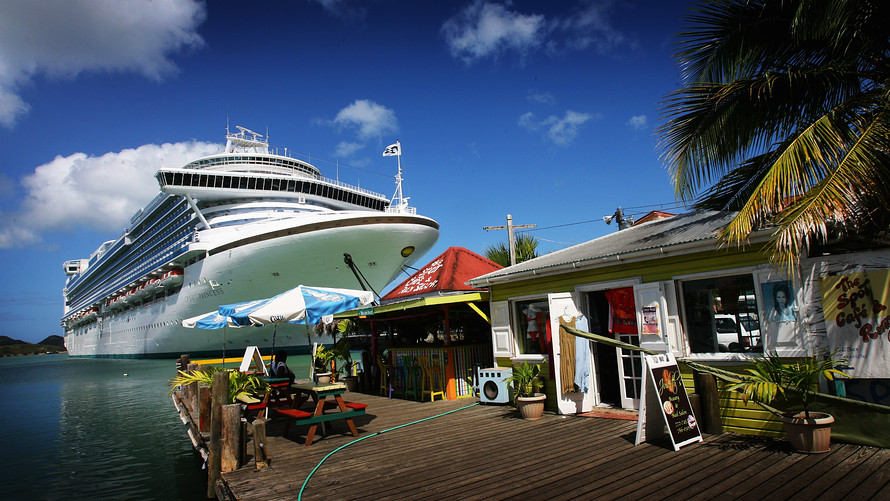 Chris Jackson/Getty Images
Fishermen tie up their wooden boat next to a cruise liner in St John's Harbour.

These cruise lines offer a sea of savings.

Factors like an “impressive list of amenities (including zip lines and ice skating rinks), abundance of dining options and variety of itineraries at an affordable price point” propelled Royal Caribbean into the top spot, the U.S. News report revealed.

Here are the top-ranking ships in each category.

No matter which cruise line you decide to take, experts say there are a number of strategies that can help you save big when booking a cruise.

Book a cruise on an upgraded ship. “Cruise lines introduce brand-new ships almost every year, which generally command a premium. But the cruise lines are also investing an incredible amount of money into upgrading their full fleet – meaning some of the older ships are getting complete makeovers, by receiving some of the lines’ latest and greatest features,” explains Chris Gray Faust, Managing Editor of Cruise Critic . “With lines like Royal Caribbean, Celebrity and Oceania announcing significant upgrade programs, you can often save a significant amount of money on your base fare by booking some of these recently upgraded ships. You get the shiny new experience, without the higher price that often comes with a brand-new ship.”

Book your cruise early in the year. The best time to book a cruise is January, February or March, which is a period called the Wave Season, explains Travelzoo’s senior editor Gabe Saglie . “Wave Season is cruising’s equivalent to Black Friday,” explains Faust, adding that the majority of lines introduce some kind of incentive for you to book in the upcoming year. “Savings can come in the form of discounted fares; add-ons like complimentary beverage packages or onboard credit that can be used for drinks, shore excursions or spa treatments; cabin upgrades or even free airfare – allowing travelers to save hundreds, even thousands of dollars,” he says.

Cruise in the shoulder season. Saglie calls this cruising “on the edges.” For example, while the peak pricing for a cruise to Alaska is in the peak of summer — June, July and August -- you can save big by going in May or September.

Book a repositioning cruise. Often, when the seasons change, cruise ships must ‘reposition’ so they get to their new port. “These one-way cruises spend most of the time on the high seas, but they are often deeply discounted and are a great way to enjoy everything a cruise ship has to offer,” Saglie explains.

Track fares . “Much like airfares, cruise fares rise and drop frequently – and it’s dependent on a number of factors such as how a sailing is selling, or any canceled cabins that the cruise line is trying to refill. Sign up to be alerted when fares rise and fall, so you’re able to catch a great deal as soon as it’s announced,” syas Faust.