Some students have paid interior designers $2,000 to create dorm rooms with color-coordinated rugs and ottomans 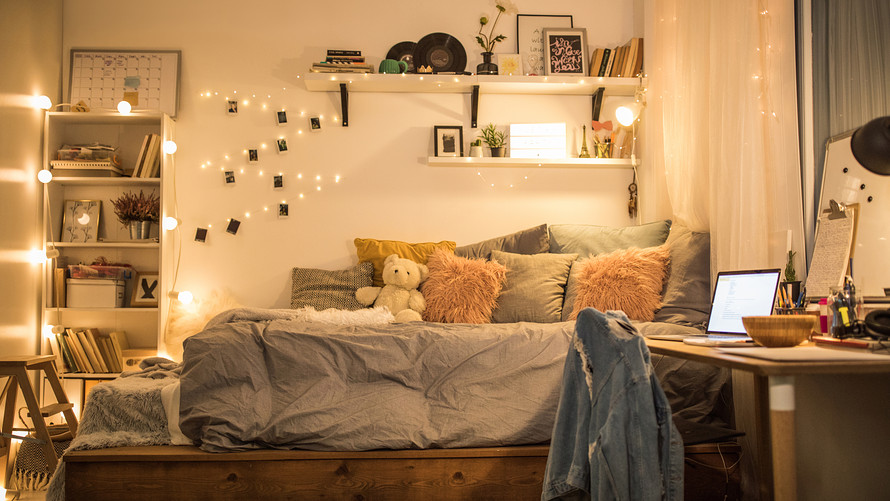 Getty Images
Pressure from their children and social media is prompting some parents to shell out significant sums to outfit college dorm rooms.

High-end sofas, tapestries, a mini-bar disguised as a desk and, of course, weepy parents: Jess Olsen routinely saw all of those (and more) in dorms on move-in day at Oregon State University.

“Every year, you would see people show up with small U-Hauls and multiple cars full of stuff,” she said, remembering the items students tried to squeeze into a 12-by-15-foot dorm room. “You’re like, hold on, this is going to have to go back.”

As a resident assistant for two years, the now 24-year-old executive and marketing assistant at Syndicate Media had to oversee housing conflicts and impose dorm policies. Her role often meant confronting parents about what their child could bring into the rooms.

“If you brought four suitcases, that’s probably what you have space for, and people bring their entire childhood bedroom,” she said. “You don’t have your closet, you don’t have your living room, your kitchen, so your whole life is in this small space.”

That was three years ago when was she an RA at Oregon State, and today’s parents don’t appear to be slowing down on spending to outfit their children’s dorm rooms. The National Retail Federation expects 2019 to have the highest back-to-college spending it’s recorded since it started tracking spending in 2003, with an average of $976.78, up from last year’s $942.17.

Pressure from friends, family and children help drive the back-to-college spending decisions of U.S. adults, according to a recent Bankrate survey. Four out of 10 parents felt pressured by their children, friends and photographs on Snapchat (NYS:SNAP) , Facebook (NAS:FB)  and Instagram to overspend on back-to-school shopping.

‘The concept of back to school has changed. It’s not just pencils and notebooks and binders anymore. Especially for college, there’s almost no end to the amount of stuff you could buy.’

Parents of college freshmen are especially vulnerable to overspending because of big-ticket items like couches, laptop computers and bedside tables, said Ted Rossman, industry analyst at Bankrate. The amounts can put a strain on a family budget and cause some parents to fall into credit-card debt, he said.

“The concept of back-to-school has changed. It’s not just pencils and notebooks and binders anymore,” he told MarketWatch. “Especially for college, there’s almost no end to the amount of stuff you could buy.”

A twin-sized comforter and a pillow sham could cost up to $80, plus an additional $4 each for the pillow itself at Target (NYS:TGT) , and a headboard is about $80 to $150 at The Home Depot (NYS:HD) . Together with appliances like floor lamps, desk lamps, storage cabinets and rugs, the cost of living in a dorm can run into the hundreds of dollars.

Parents, especially those who are millennials (23-38 years old), are pressured to overspend partly because of social-media sites like Pinterest, Facebook and Twitter (NYS:TWTR) , said Rossman. The spending influence of friends and social media “often go hand in hand,” he added. 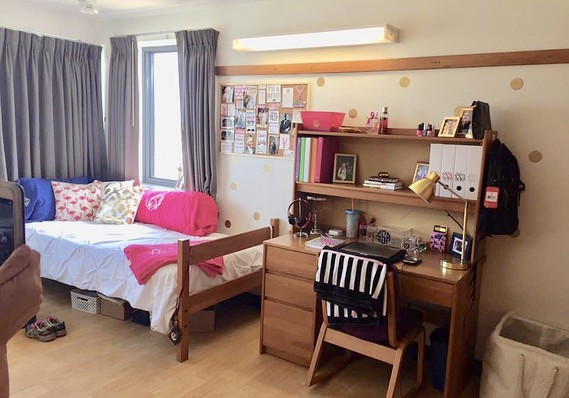 Parents want the best for their kids

Parents want their children to fit in, and they are willing to pay a price for that. Some parents have a hard time turning down their children’s demands, said Kimberly Palmer, credit card and personal finance expert at NerdWallet. When shopping for dorm-room items, parents are inclined to buy “the same stuff that everyone else has,” she said.

Parents want their children to fit in, and they are willing to pay a price for that.

Indeed, keeping up with the Joneses matters to some parents. An extreme version of that adage was on full display earlier this year when more than 50 wealthy and celebrity parents were accused of allegedly bribing coaches and admissions officers to enroll their children at elite colleges.

Among them was YouTuber (NAS:GOOG)   (NAS:GOOGL)  Olivia (NAS:GOOGL) Jade Giannulli, whose parents were accused of paying a coach $500,000 to designate their two daughters as rowing team recruits. (Her parents have pleaded not guilty).

She contributed to the well-decorated dorm-room trend with a video showing off her University of Southern California dorm — featuring items mostly provided by her then-sponsor, Amazon (NAS:AMZN)  — before getting caught up in the admissions scandal.

“You want to make your kids happy. You want to make them feel like you’re giving them everything they could possibly want,” Palmer said. “Even though that’s our natural tendency as parents, it’s actually better for them and better for us and our budgets to learn to say no.”

A Missouri student spent $625 and had her stapler monogrammed

Before she even received her acceptance letters, Shirley Segbers, sophomore business major at the University of Missouri, St. Louis, had already started scouring Pinterest for potential dorm-room themes.

“I figured that the sooner I started, the more deals I could find,” she said.

Her parents gave her a set $1,000 budget for school supplies and dorm room appliances, but by planning early and comparing prices, she managed to spend about $625 in total. She had her stapler, pen holder, pillowcase, towel and magazine file monogrammed, and her most expensive splurge was a $250 pair of night stands. She detailed the prices of her dorm room in her blog sincerelyshirley.com .

Students can go to extremes. Some have even paid interior designers up to $2,000 to create Instagram-worthy dorm rooms decorated with color-coordinated rugs and ottomans and accent pieces like white antlers. Interior designer Dawn Thomas told Refinery29: “I’ve done rooms that cost $500, and I’ve done rooms that added up to $2,000,” she said . “Decorating doesn’t have to do with wealth: It is about creating an expensive look.”

Compared to them, Segbers’s budget was more modest.

How to avoid overspending

Parents can save money if they wait a few weeks or months after move-in day to buy some back-to-school items: Labor Day sales come in August, and Black Friday is in October, Palmer said. Plus, waiting prevents parents from buying more than what their child actually needs, she added.

‘Most students didn’t spend a lot of time in their rooms.’

Rossman suggests that for every hundred dollars a high-valued item is worth, spend a day considering whether it’s worth buying.

“I’m not a big fan of the whole latte and avocado-toast shaming thing,” he said. “It’s not the $5 coffee that put you into debt. It’s the fact that people spend, in many cases, thousands of dollars a year on discretionary stuff.”

While some students coordinate their appliances and dorm-room decor with their roommates, that wasn’t the case for Segbers. She describes her style as “preppy,” while her roommate had motorcycle posters and voiced her dislike for anything pink.

Miscommunication is a common theme during move-in day, says Olsen. When parents and students miscalculated the size of the room or the appearance didn’t meet their expectations, explaining the housing situation to agitated parents often fell on her.

“There are ones that want to control everything and want their kid to feel like it’s a home, which is funny because, in my experience, most students didn’t spend a lot of time in their rooms,” Olsen said.

When she was a freshman, Olsen also made the mistake of bringing too many items to her dorm.

“I packed all this stuff thinking my life would be one way when really, I found that I lost a lot of hobbies and interest,” she said.