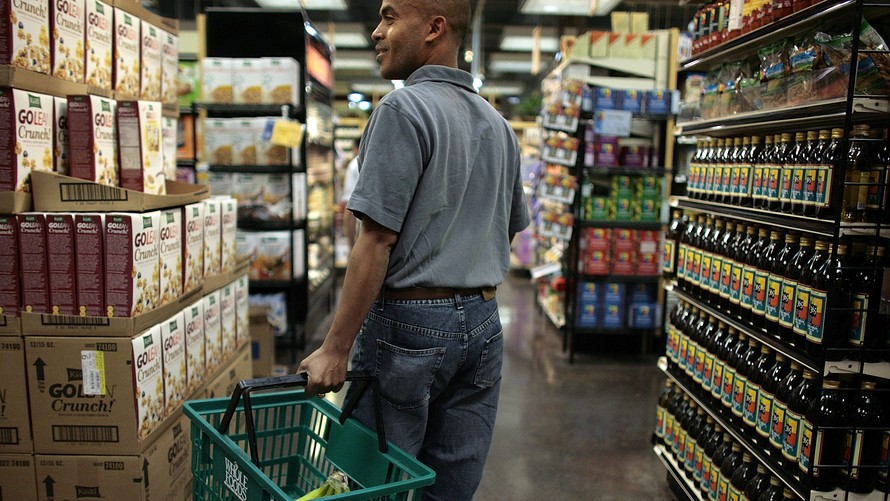 Chip Somodevilla/Getty Images
Imagine all the groceries you could buy.

Rising tariffs on $200 billion in Chinese imports will translate to an extra $831 in annual costs for the typical American household, according to new projections from Federal Reserve Bank of New York researchers.

Thursday’s projections on the impact of the newly-implemented 25% tariffs are about double the earlier estimates of $419 per household, the Fed said. The latest round of tariff hikes, in addition to those introduced last year, could cost over $106 billion for American households, the researchers said.

That could be approximately 19 gas tank fill-ups of a mid-size car’s 15-gallon gas tank if regular grade gas prices held at AAA’s $ 2.84 average.

That $831 could pay for five weekly trips to the grocery store for a family.

The latest figure doesn’t take into account any further adverse economic impact from China’s retaliatory tariffs. Starting June 1, the Chinese government will raise tariffs as high as 25% for roughly $60 billion in 5,000 American products. The products range from frozen fruits to vodka.

Trump’s critics have been complaining that American companies and consumers are getting hurt most by the trade dispute. They say it could increase the costs of Apple /zigman2/quotes/202934861/composite AAPL +0.36%   iPhones and make new washing machines, televisions and computer monitors cost prohibitive.