This is where most people with dementia live 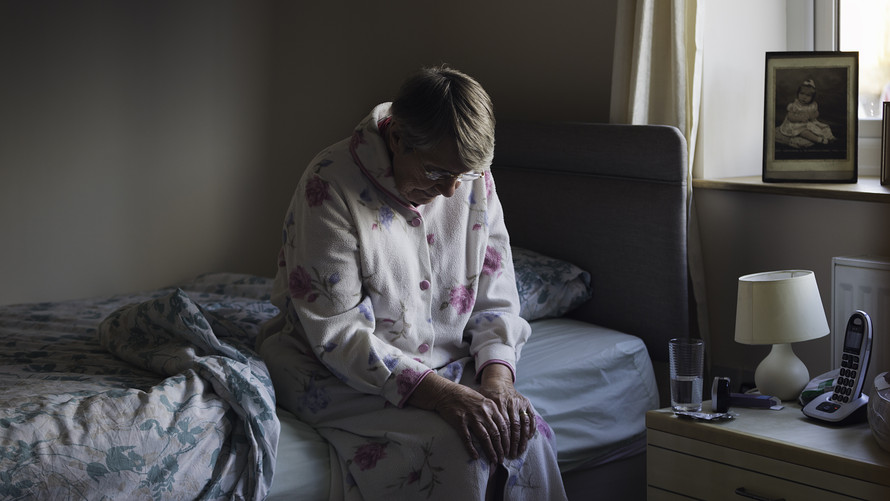 Getty Images
Americans living at home with dementia may suffer more than those living in professional facilities.

There may not be any place like home, but that doesn’t mean home is the right place to be when you’re suffering with dementia.

Many Americans with advanced dementia don’t live in a nursing home or medical facility, contrary to popular belief, but remaining at home could actually cause more pain, according to University of California, San Francisco, researchers. Ailing older Americans need more medical attention than they may be getting at home, even if they’re familiar with the place and people.

See: These drugs in your bathroom cabinet could increase your risk of dementia

Researchers looked at medical characteristics of more than 700 adults over 65 years old with moderately severe dementia in three environments: their own homes, residential institutions with in-person care (like an assisted living facility), and nursing homes. The ones living at home were younger in age, on average, but they also suffered more chronic conditions and were in more pain than their older, non-living-at-home counterparts. They had fallen more, had more anxiety and felt they were in worse health. More than half of U.S. seniors with dementia reportedly died in their homes, according to another report the researchers cited.

Comparatively, seniors in residential facilities had less depression and anxiety, fewer chronic conditions and were less likely to unintentionally lose weight, the study found. They were also more likely to have earned a post-high school degree and higher incomes, and be U.S. born citizens, compared to the patients living in nursing homes or their own homes. And they were less likely to be married or living with a significant other.

Also see: Health care will cost $280,000 in retirement -- and that doesn’t include this huge expense

Cases of Alzheimer’s disease and other forms of dementia are expected to double to 14 million older Americans by 2060, according to one study published in the Journal of the Alzheimer’s Association.

Dementia can gradually take over a patient’s mind, and it can eventually become debilitating -- for the one suffering with the illness, as well as family and friends acting as caregivers. The researchers considered patients to have “moderately severe” dementia if they could not conduct one daily living activity, like bathing or going to the bathroom, or had trouble managing finances and medications. Still, loved ones may want to stay at home with patients and care for them as best they can -- and many older Americans prefer to age in place, meaning remain in their home as long as possible.

Nursing homes are not for everyone with advanced dementia, however. They’re expensive, and they don’t always offer the best care, according to an Office of the Inspector General report that found thousands of Medicare claims supporting evidence of elder abuse and neglect. Some people with dementia also benefit from familiar environments, said Krista Harrison, one of the UC San Francisco study’s authors. “Nursing homes may offer more people to help with medical and social needs, but that might mean sharing a room with someone with different daily habits or distressing behavior symptoms.”