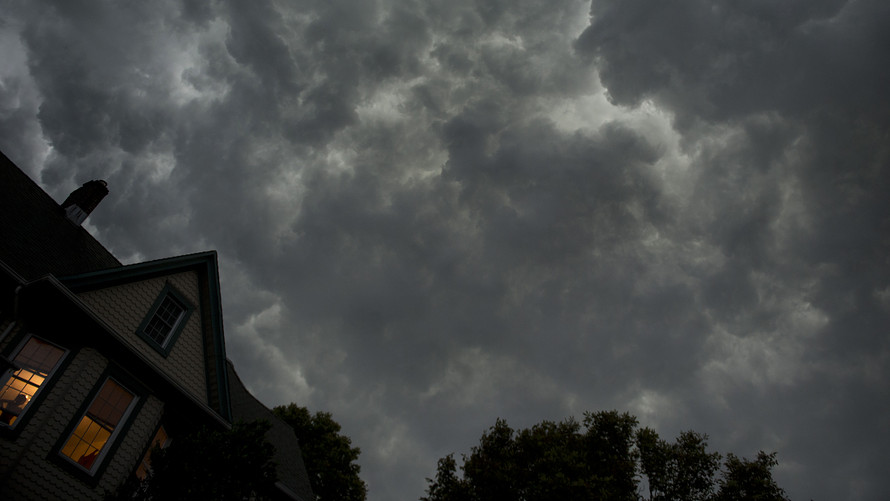 One leading indicator of a coming U.S. economic recession isn’t well-known — but it should be. Its record over the last four decades suggests we pay attention to it.

This obscure indicator focuses on the divergence between the University of Michigan’s Consumer Sentiment Index and the Conference Board’s Consumer Confidence Index . Both are widely reported, and many investors view them as interchangeable.

But James Stack, editor of the InvesTech Research newsletter, says that there are times when the two measures diverge and that these divergences are significant.

The reason these two indices diverge, according to Stack, is that even though they broadly measure the same things, there are important differences. The University of Michigan survey more closely reflects U.S. consumers’ attitudes towards their immediate personal circumstances, he asserts, whereas the Conference Board index reflects consumers’ attitudes towards the overall economy generally. For example, the Conference Board’s survey, but not the University of Michigan’s, reflects confidence about job prospects in one’s region.

With the U.S. unemployment rate at a 50-year low, it therefore isn’t surprising that the Conference Board’s index paints a rosier picture. Stack argues that the divergence between the two indices means that, while consumers are beginning to worry about their own personal situations, they remain confident about the overall economy.

What significance does all this have for the economy’s prospects? Stack believes that wide divergences are typical of what happens prior to a recession, and his belief has support from the historical data —, as you can see from the accompanying chart, which plots a composite indicator calculated by subtracting the Conference Board’s Consumer Confidence Index from the University of Michigan Consumer Sentiment reading. 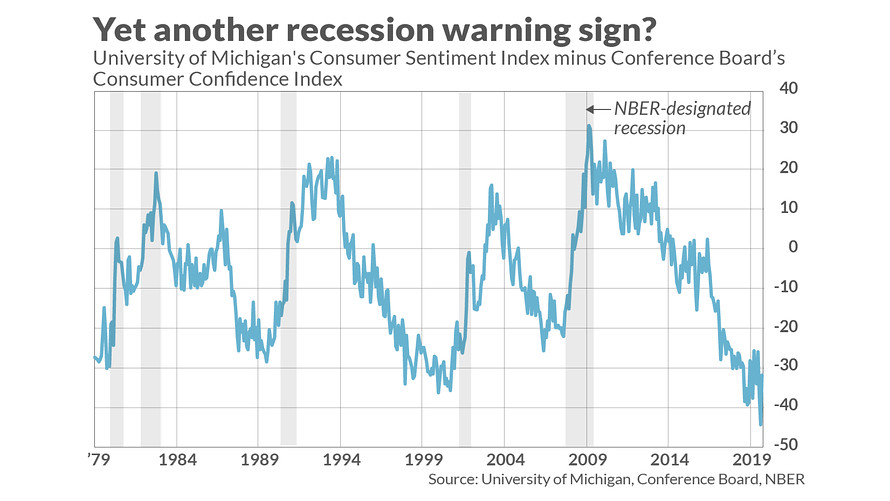 Notice that this composite indicator typically reaches a low prior to recessions, and that it currently is lower than at any other time since 1979 (which is when the Conference Board began updating its index on a monthly basis).

To be sure, with just five recessions since 1979, there are too few data points to support a statistically robust conclusion. But, as Stack puts it, the current record low reading of the composite indicator definitely has him and his analysts “scratching our analytical heads.” He adds that the reading “carries a pre-recession warning risk.”

At a minimum, this indicator suggests we pay close attention to the Conference Board’s Consumer Confidence Index in coming months. If and when it starts to decline significantly, and thereby join the University of Michigan’s Consumer Sentiment Index in telling the same story of a less-confident consumer, then history suggests that a recession is that much closer.

More: Two-thirds of households preparing for recession, even as U.S. economy continues to grow

Also read: Forget recession, here are 50 other things to worry about