This ‘long-short’ investor cashes in as airline, hotel and casino stocks crumble

Mitch Rubin’s RiverPark Long/Short Opportunity Fund is up about 15% this year, while benchmark indexes are in the red 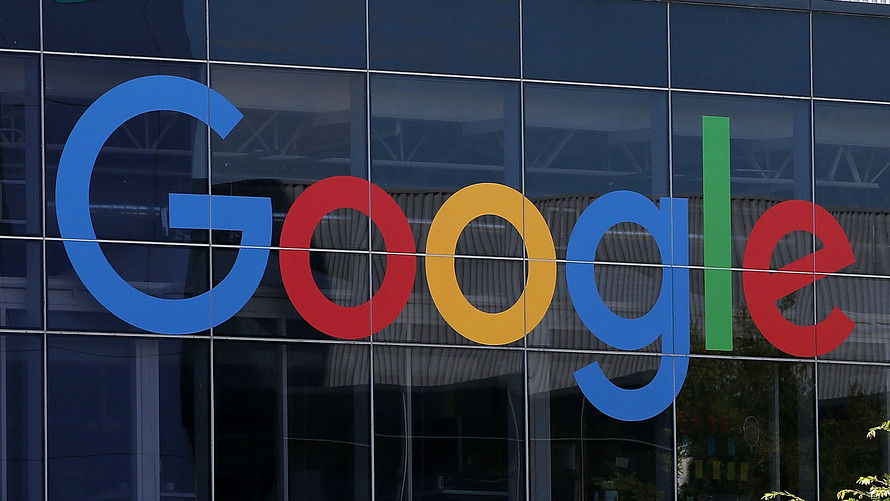 Getty Images
Google holding company Alphabet is an example of the type of rapidly growing company with low debt that Mitch Rubin of RiverPark Advisors prefers to own.

This year has been tough for many stock market investors as benchmark indexes dropped close to 40% from peak to trough.

As a former hedge-fund manager, Mitch Rubin of RiverPark Advisors offers flexibility and downside protection, which many of his peers in the mutual fund business don’t have.

His RiverPark Long/Short Opportunity Fund is able to bet on both rising and falling stock prices. Most mutual funds may take only the long side.

RiverPark Advisors is based in New York and has $2.5 billion in assets under management, including about $900 million managed by Rubin, who co-founded the firm in 2009.

Rubin takes long positions in rapidly growing companies with strong cash flow and low debt, while short-selling slow-growth companies with high levels of debt. Examples of both are listed below.

The RiverPark Long/Short Opportunity Fund, as such, is “a hedge fund in a mutual fund wrapper,” he said. Both of the fund’s share classes have five-star ratings, the highest, from Morningstar, because of their outperformance against Morningstar’s “Long-Short Equity” category.

Rubin described his strategy in detail during an interview April 17. Before getting into the strategy, here’s the fund’s performance information.

So far in 2020, the RiverPark Long/Short Opportunity Fund’s institutional shares (NAS:RLSIX) have returned 15.5% through April 17, while the fund’s retail shares (NAS:RLSFX)  have returned 15.4%, according to FactSet. (Mutual fund returns in this article are after expenses.) In comparison, the S&P 500 Index (S&P:SPX)  was down 10.5%, with dividends reinvested.

• For three years through April 17, the fund’s average annual return was 15.1% for the institutional shares and 14.9% for the retail shares, compared with 9.1% for the S&P 500. This remarkable outperformance shows the advantage of having downside protection through a cycle that includes a market downturn.

“You learn as a ‘long’ investor that if you own a company with debt, the clock is ticking. If something bad happens, it puts bankruptcy on the table.”

“In a straight-up market, hedging equity risk isn’t in favor,” he said. “If you are hedged at all, you will underperform an index during a long bull market.”

“But in a recession, the worst businesses will die faster. The shorts will go down faster in a down market,” Rubin said.

Rubin described what he calls a “dual mandate to compound our money at reasonable rates of return, but also to protect capital in down markets.”

For long positions, Rubin and his staff don’t try to time the market, but focus on “high-growth companies that generally have a lot of cash,” and typically have wide margins and low or no debt.

“If you can run a high compounder that also has high cash flow, you are taking a bad outcome off the table,” Rubin said. “Any stock can drop 20%, but down 50% to 70% happens when you have debt or risk to the enterprise.”

Rubin explained that the fund will short companies with high debt in all market conditions: “You learn as a ‘long’ investor that if you own a company with debt, the clock is ticking. If something bad happens, it puts bankruptcy on the table.“

He went further to bring home how dangerous debt can be: “If somebody owns a bond and on the day the bond is due you cannot pay them, they go to the front of the line and it crushes the equity. Every time there is a bull market, everyone forgets and companies load up with debt.”

“Our goal is to short them early,” he added. One example of a pre-crisis “secular” short was U.S. motorcycle maker Harley-Davidson (NYS:HOG) , which Rubin thought was weak because “the generation that bought heavy touring motorcycles were no longer buying them.”

Another short of this type is Iron Mountain (NYS:IRM) , which provides record storage services, but according to Rubin, is still mostly storing paper. “That business will be much smaller two years from now. They [have been] super slow to pivot,” as the world moves to electronic record-keeping, he said.

He also said he had been shorting energy companies for about a year and a half coming into the crisis. When asked why he hadn’t shorted them for a longer period, Rubin said: “Because we were long before that and we were wrong.”

His theory had been that the most efficient U.S. shale oil producers would grow their cash flow significantly. “We were wrong because when you own something and do not control the price of the product, you do not control your destiny.” (He has covered all his short energy positions.)

Read: These U.S. oil companies are most at risk in the danger zone

Rubin will try to look ahead when there is a sign of trouble. While acknowledging he didn’t have a crystal ball in January when reports surfaced about a coronavirus outbreak in China, he decided to short airlines, hotel and casino operators Wynn Resorts (NAS:WYNN)  and MGM Resorts International (NYS:MGM) , as well as the three major cruise operators, Carnival Corp. (NYS:CCL) , Royal Caribbean Cruises (NYS:RCL)  and Norwegian Cruise Line Holdings (NYS:NCLH) .

“Airlines have even more leverage than you think, with labor unions, pension obligations and airplane leases,” Rubin said, adding that it is “insane” to run an airline with a highly leveraged balance sheet because of the industry’s low profit margins, “massive” capital expenditures, fuel-expense risk and a long history of bankruptcies.

Rubin has covered his short airline and cruise-industry positions. He is still short Wynn, MGM and two smaller U.S. casino operators, Boyd Gaming (NYS:BYD)  and Penn National Gaming (NAS:PENN) , which he said “have a lot of debt.”

Traditional hedge funds (that is, those that aren’t regulated under the Investment Company Act of 1940) often limit redemptions to certain times of the year or place restrictions under special circumstances. They may also have very high fees, such as the “2/20” fee structure, which meant annual fees of 2% of assets under management plus 20% of any gains over the course of a calendar year.

That type of fee structure is not only expensive, it can lead to the practice of a fund “locking in gains,” several months before the end of a year by going to cash. Jim Cramer described this in “Confessions of a Street Addict.”