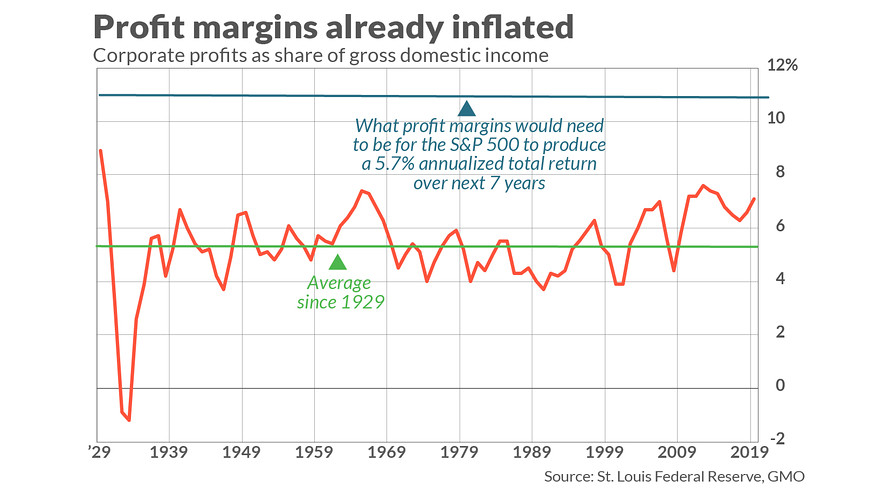 Lest you think this discussion means you should get out of all equities, let me hasten to add that the prospect for bonds is even worse. The 1.55% yield on the 10-year Treasury /zigman2/quotes/211347051/realtime BX:TMUBMUSD10Y +0.55%  right now is 0.07 percentage point below what the Cleveland Federal Reserve reports expected inflation to be over the next decade (1.62%). That means that the 10-year Treasury’s inflation-adjusted expected return is minus 0.07%.