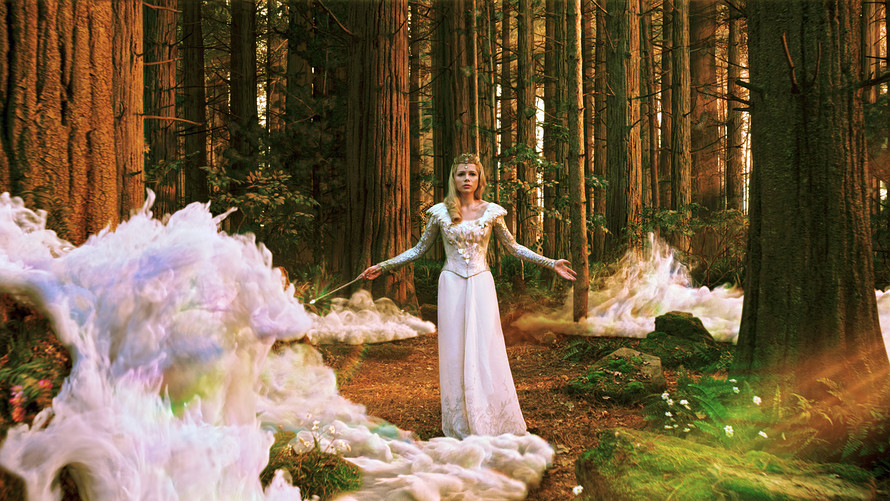 Our call of the day, from Nordea’s senior macro strategist Sebastien Galy, says it is time to get more cautious on those highflying growth stocks.

A drop for the Nasdaq (AMERICAN:COMP)  on Monday, followed by signs of some recovery in Nasdaq futures on Tuesday, “is a shot across the bow that we have crossed the Rubicon, past the valley of common sense into the river of hope to the forest of make believe. When optimists start to worry, it is time for proper hedging and we upgrade our caution on growth stocks,” Galy says in emailed comments.

His call comes as fund managers surveyed by Bank of America say a bullish position on U.S. tech stocks has become the most “crowded trade.” (See the chart below)

Galy says the market is seeing a limited number of investors trade among themselves, “helped by fast money betting on momentum much as a wave slowly building until it crests and collapses. At first, each correction is seen as a unique opportunity to buy into the dream of say Tesla (NAS:TSLA)  and there are indeed Googles (NAS:GOOGL)  and Amazons (NAS:AMZN)  so that the madness has some rationality to it. One should dare and they do.”

But valuations right now are so “disconnected from reality, that so many growth stocks paint a picture of the future that is impossible as the attrition rate is actually quite high. Euphoria is typical for any such investment and is only a concern when it becomes a sense of panic of missing a dip. Another warning sign is when conservative investors finally move into growth stocks in large size,” says Galy.

And while improving economic data should help sustain a “fairy tale disconnected with reality,” investors should expect waves of mild corrections until a big move lower, possibly by September or October, he warns.

“When this happens, one will likely find that growth stocks stay somewhat expensive as they are the hope for the renewal of an old economy,” he says, but then the market may start to discriminate more. “Dare then, prudence now,” he adds.

BofA’s July Global Fund Manager shows that investors have gone all in on U.S. tech stocks. Some 74% of those surveyed think that is the most “crowded trade,” the highest reading in the survey’s history. Here is that chart: 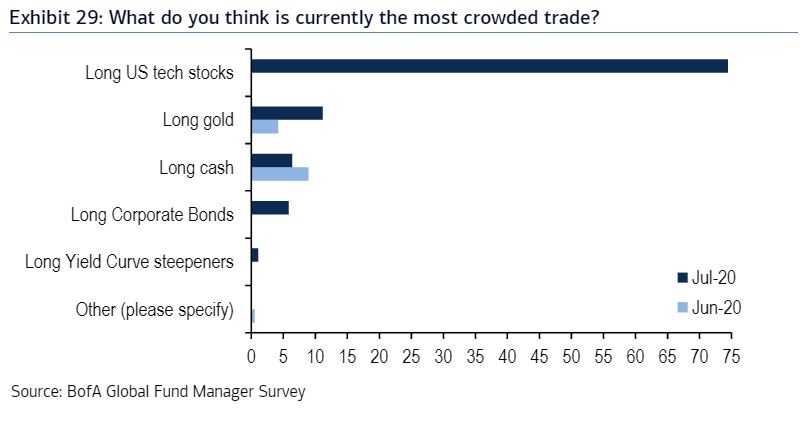 5.4 million — that is how many Americans lost their health insurance between February and May due to job losses, says a study from nonpartisan consumer health advocacy group Families USA.

Famed roboticist and “MythBusters” host Grant Imahara has died of a brain aneurysm.

In the absence of tourists, Queen Elizabeth II is selling homemade gin online.