Those most vulnerable to financial scams are not necessarily lonely, older people with little money or education

New research turns conventional wisdom — and stereotypes — on their head 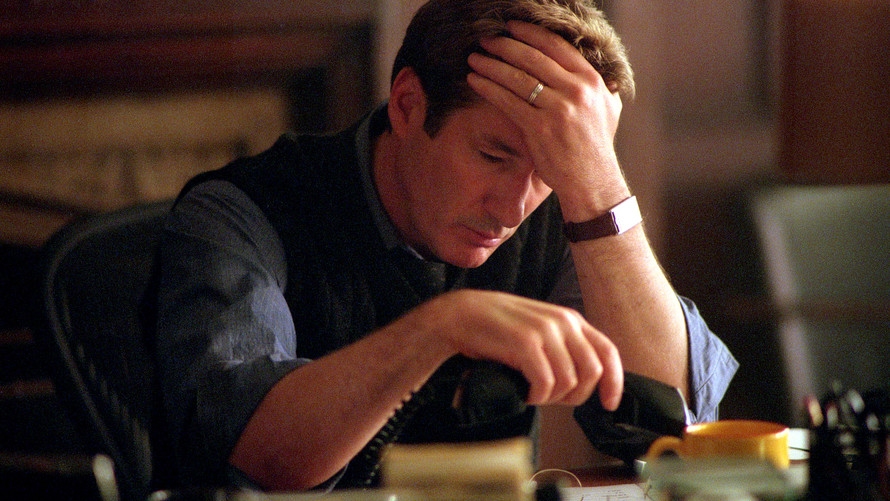 20th Century Fox/Everett Collection
Highly educated and wealthy people may believe they are very smart and that could make them vulnerable to financial fraud. They may also be good targets for criminals as they have more to lose.

Think of the typical victims of investment fraud, and there’s a good chance some popular images pop into your head.

The trusting, retiree living on his own. The vulnerable man or woman who is struggling to pay the rent and thinks this is an opportunity to strike it rich. People with little knowledge of finance or those with less formal education, and who are easily confused or fooled by an email or phone call.

The naïve, trusting innocent single or widowed woman being duped by the suave conman is a well-known and, perhaps, sexist cliché.

Those are the usual victims, right?

According to a new research study, that’s based on our own stereotypes about people who are vulnerable to scam artists.

Three researchers — Steven Lee and professor Benjamin Cummings at The American College of Financial Services, and social science professor Jason Martin at Swarthmore — crunched the numbers from the biennial Health & Retirement Survey , a nationwide survey sponsored by the National Institute on Aging and the Social Security Administration, and conducted by the Survey Research Center at the University of Michigan’s Institute for Social Research.

The first misnomer: Women are more prone to investment fraud than men. The naïve, trusting innocent single or widowed woman being duped by the suave conman is a well-known and, perhaps, sexist cliché.

According to the latest study, men, not women, are much more likely to be victims of fraud. And the gap is pretty big: The numbers say men are 19% more likely to end up the victim of an investment scam than women.

Second, the idea that it’s the elderly who are most vulnerable is also wrong. Among the over-50s, researchers found, “individuals in their 50s and 60s are more likely to be victims of fraud than those in their 70s.”

Among the possible explanations: They’re at the age where they are desperately trying to build up savings for retirement, which leads them most vulnerable to scams offering big returns.

As for that final stereotype: We may have to toss out the idea that it’s the “financially unsophisticated,” and people with less formal education, who are typically the dupes.

Individuals in their 50s and 60s are more likely to be victims of fraud than those in their 70s. They’re at the age where they are desperately trying to build up savings for retirement.

It’s not just because those with more education are more likely to have money, either. The researchers found that having lots of money was not, on its own, a predictor of being a victim.

There are caveats that come with the study. For instance, the analysis depends on people reporting that they’ve been victims of fraud, and that’s not totally reliable. Also, correlation isn’t causation. Why would men be victims of fraud more often than women? It could be they’re more likely to be overconfident. It could be simply because they are targeted more often, or because they are more likely to handle the finances in many U.S. households, particularly among older generations. Or, yet again, they simply may be more likely to admit it to researchers.

Financial planners, however, offer some theories. Among them: Very educated people may be fooled by their success in their own field to thinking they’re skilled investors too. “Highly educated people [believe they are] very smart and may think they can do your job with 15 minutes of study,” says Eric Walters, president of Silver Crest Wealth Planning in Greenwood Village, Col.

Very educated people may be fooled by their success in their own field to thinking they’re skilled investors too. This can lead them to be over-confident and makes them enormously vulnerable.

This, he says, can cause them to be overconfident and that “leads to an enormous vulnerability to frauds, poor investments, and broken promises.”

Many professionals are very busy, and that, too, can make them vulnerable, says Peter Creedon, CEO of Crystal Brook Advisors in Mount Sinai, N.Y. They may try to make decisions quickly, rely on what people are telling them, and not make time to do their own due diligence, he says.

“Take the time be in the moment and understand the ramifications of the decision,” he says. “Rarely does something have to be bought ‘right now.’ It is OK to say, ‘I cannot focus on that now and will call you back.’”

Oh, and then there’s social cachet. It can matter a lot to people in the professional world. And that can make them suckers for investment rackets that are sold as exclusive opportunities for the successful, say advisers.

“Remember, Bernie Madoff had a very high investment minimum and made people think he was doing them a big favor if he let them invest less,” says Kristi Sullivan, a financial planner in Denver, Col. “There’s something about hinting at exclusivity that makes the smartest people turn into suckers.”