Three biotechs are going public this week. Here’s what you should know about them

And no, none of these biotechs has anything to do with bikes 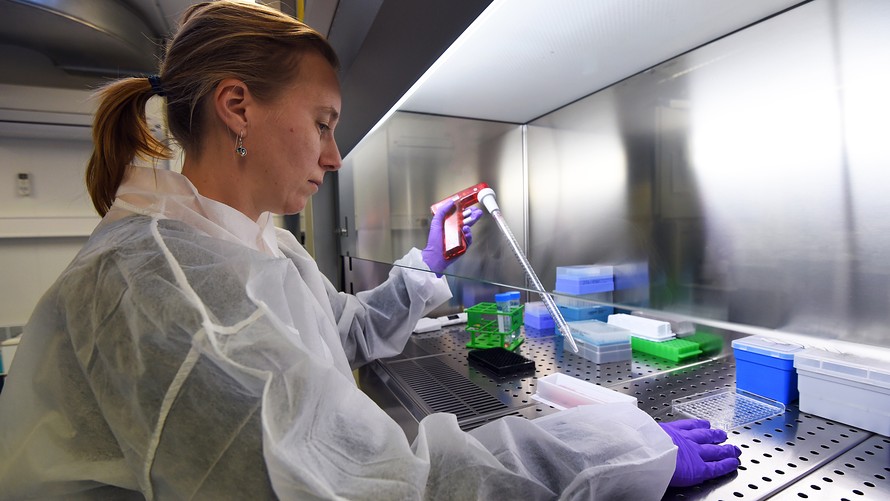 A flurry of biotech initial public offerings is expected to make landfall this week.

Peloton Therapeutics, Ideaya Biosciences, Inc. and U.K.-based Bicycle Therapeutics Plc are expected to price on Wednesday. The companies are all oncology-focused, and are developing drugs targeting everything from transcription factors to the tumors themselves.

Here’s what you need to know about these three biotechs.

Despite its name, Peloton Therapeutics has nothing to do with exercise bikes. The biotech’s business hinges instead on two drugs that are designed to block a transcription factor called hypoxia-inducible factor-2 alphaαthat — among other things — regulates how the body responds to low oxygen levels. When there’s enough oxygen around, HIF-2 alpha is largely inactive, but under low-oxygen conditions, the molecule picks up steam and causes the body to make proteins that produce new red blood cells and blood vessels. In some diseases, something goes wrong in the HIF-2 alpha system, causing it to drive aberrant blood vessel growth and cell proliferation. That can result in tumors.

Peloton thinks getting HIF-2 alpha under control is the key to treating certain diseases, including certain types of cancer. The company’s lead product is an HIF-2 alpha blocker called PT2977, a potential treatment for advanced kidney cancer and kidney tumors caused by a genetic disorder called von Hippel-Lindau disease. PT2977 is currently in early-phase trials, and Peloton says it will begin enrolling patients for a Phase 3 trial later this year.

The other drug in Peloton’s two-drug pipeline is PT2567, an HIF-2 alpha blocker meant to treat a group of diseases that aren’t related to cancer. The drug is still in the pre-clinical stage of development, so it still has a long way to go before it gets anywhere near an approval by the Food and Drug Administration.

It’s no secret that biotech is a risky business. Peloton has booked a net loss every quarter since its inception and expects to continue to incur significant net losses for the foreseeable future, according to its prospectus . To add to that: Peloton has never generated any revenue, and since none of its products has been approved by the FDA, it could be a long time before it does.

Peloton’s lead drug is aimed at a specific subset of patients and it’s possible it might be approved only as a second or third-line cancer therapy — if it gets approved at all. That would end up being a pretty small market opportunity for the company.

Peloton said it plans to offer around 9.4 million shares priced at between $15 and $17 per share, which means they could raise up to $159.8 million. The company plans to list on the Nasdaq under the symbol “PLTX.” The underwriters on the deal are J.P. Morgan, Citigroup and Jefferies.

Proceeds from the IPO will go to the ongoing trials of PT2977 and PT2567, but will likely not be enough to fund the drugs through regulatory approval. The company will probably need to raise additional capital, Peloton said.

U.K.-based Bicycle Therapeutics also has nothing to do with actual bikes. In this case, a “bicycle” refers to a short, synthetic bit of protein that’s molded to form two loops, reminiscent of two bike wheels. These so-called bicycles form the foundation of the biotech’s four-drug pipeline.

Bicycle Therapeutics’ lead product, BT1718, is a bicycle toxin conjugate, or BTC, designed to destroy tumors that make a certain protein called membrane type 1 matrix metalloprotease, or MT1-MMP. The drug is made up of a toxin that’s been chemically attached to a bicycle. Then, after the drug is administered, the toxin gets cleaved from the bicycle and kills the tumor cells.