NEW YORK (MarketWatch) — In their first week as the majority, the Republicans now controlling the House of Representatives already are shifting Washington’s political priorities, and stock investors will need to pay attention to the twists and turns — especially regarding three key U.S. market sectors.

While there’s disagreement on whether the change on Capitol Hill heightens the chances for compromise or gridlock, the GOP’s new influence zooms the focus on health care, defense and financial-services firms.

AFP/Getty Images
A city-by-city look at home prices in May
Tampa, Charlotte among gainers.
• U.S. homeownership at 18-year low

The health-care sector is viewed as riskier nowadays, given Republican efforts to reverse the health-reform legislation passed last year. Defense stocks have traded poorly because of expectations military spending would be targeted for cuts. Also, some financial-services firms could benefit if Republicans succeed in scaling back regulations.

The third year of a presidential term is typically good for the S&P 500 Index /zigman2/quotes/210599714/realtime SPX -4.04%  and the U.S. market overall, but contrary to conventional wisdom, political gridlock in Washington isn’t, according to S&P research. So it’s encouraging that at least for now, the split Congress and the White House seem disinclined to come to blows.

November’s election put “the decision-making back in the hands of Republicans, and the evidence so far, based on the agreement reached on taxes, is the Obama administration is willing to compromise in order to get things done,” said Hugh Johnson, chief investment officer at money manager Hugh Johnson Advisors.

Of course, there are still many grids on which both sides of the congressional aisle could lock. 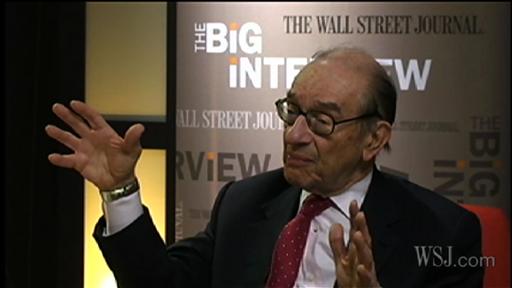 Greenspan: 'Prove I was wrong'

In an interview with Kelly Evans, Alan Greenspan discusses the dangers of current fiscal policy while challenging his critics to prove him wrong on any decision he made as Fed chairman.

First up is the GOP plan to ax President Barack Obama’s health-care law. House Republicans on Wednesday introduced a health-care repeal bill, while Senate Democrats and the president are committed to block that initiative.

On Thursday, the nonpartisan Congressional Budget Office said repealing the legislation would add $230 billion to the federal deficit over the next decade. Still, House Speaker John Boehner, R-Ohio, rejected the budget office’s findings and said Republicans would proceed ahead.

Americans are themselves split over health-care reform, though those in favor of repeal have the upper hand. A new Gallup poll released Friday shows that 46% of respondents want their representatives to undo the 2010 law, while 40% want lawmakers to let it stand. The remaining 14% expressed no opinion. Read more: Americans more inclined to repeal health-care reform.

Market uncertainty in fact hinges more on how health-care legislation is implemented and whether pieces of it are removed or altered, rather than a belief the law will be reversed completely.

Wholesale repeal of health-care reform is “unlikely,” said analysts at investment-research firm Leerink Swann in a recent research note. “Although Congress may make some minor changes to the legislation, we believe the Democrats are likely to fight against any broad-based reforms.”

Still, the firm added, “the health-care reform political battle is likely to continue to the next year or longer.”