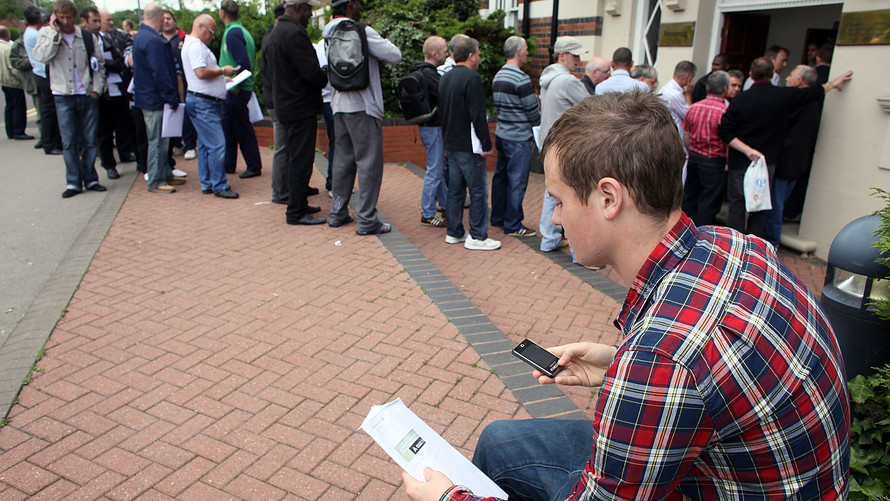 Don’t put all your chips on Thursday’s big bond-market selloff continuing into the weekend.

After rallying for months, government bond prices dipped sharply on Thursday, catching bullish traders offsides by a combination of robust economic data and a roaring stock-market rally. But analysts say the bearish tone in Treasurys may struggle to persist through Friday when August’s jobs report is due to be released.

Analysts say the jobs report could dampen the swell of optimism sparked earlier in the session by positive economic data from the services industry and private-sector employment, while any disappointments could boost the appeal, and price, of haven assets.

Jim Vogel, an interest-rate strategist at FTN Financial, wrote that the most likely trigger for keeping yields low will be the difficulty that Friday’s payrolls/labor numbers will face in living up to Thursday’s “hyper-reaction” in bonds, in a client note.

The virulence of Thursday’s bond-market selloff puts the onus on the coming nonfarm payrolls data to show that the U.S. economy is shrugging off the impact of the trade war.

Any holes in Friday’s jobs data could undo the positive optimism generated by the better-than-expected ISM nonmanufacturing gauge and the Automatic Data Processing’s private sector payrolls numbers for August. Both data releases came out on Thursday and helped undermine expectations that the Federal Reserve will aggressively cut rates this year.

Traders for fed fund futures estimate the chance of the U.S. central bank to stand pat at its September meeting had risen to 4% from zero a day ago, according to CME Group data.

There’s also reason to believe the August jobs report may not be as good as expected because it will take into account the latest tit-for-tariffs between the U.S. and China, which have helped sink activity in the manufacturing sector. Economists polled by MarketWatch forecast the U.S. economy to pick up 173,000 jobs in August, from 164,000 in the previous month.

“That may be a reason to bias expectations somewhat to the downside,” said Ben Jeffery, a rates analyst at BMO Capital Markets.

But he added a caveat that “the majority of domestic employment is in the services sector, so weakness is not a foregone conclusion.”

And even if the August employment figure sparks another round of selling in Treasurys, investors say they’re still leaning bullish because of expectations that the Federal Reserve will carry out a full easing cycle, despite pushback from some senior Fed officials who say the U.S. central bank should not ease policy as much as investors predict.

A September survey conducted by BMO Capital Markets said traders would add to their Treasury positions if the bond-market came under pressure after the nonfarm payrolls data.

Check out : Powell will get the last word on interest rates after Friday’s job report