Secretary of state has clashed with Trump over key issues 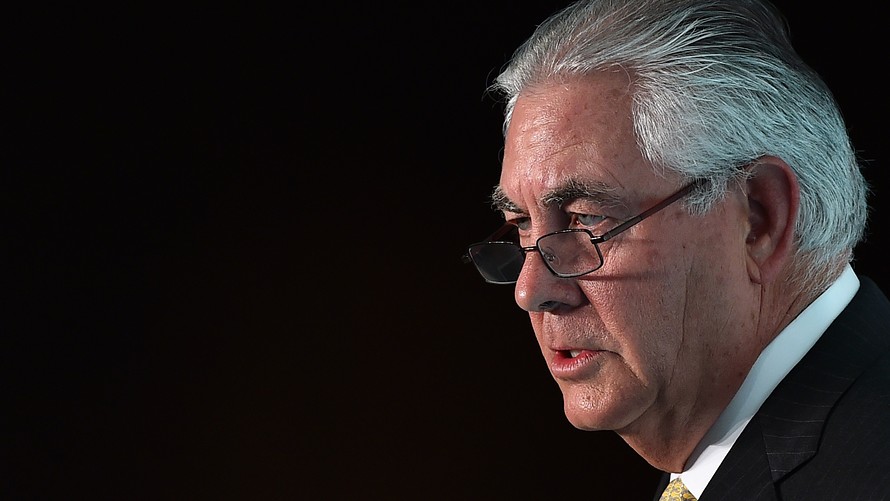 AFP/Getty Images
Secretary of State Rex Tillerson says he and Donald Trump are on the same page on foreign policy despite a report that he called the president a “moron.”

U.S. Secretary of State Rex Tillerson insisted he and President Donald Trump are on the same page on foreign policy, but he did not deny calling the president a “moron,” as NBC News had reported, at a Pentagon meeting in July.

In a previously unscheduled public appearance Wednesday, Tillerson called Trump “smart” and said he had never talked out of resigning because of disagreements with the president.

NBC reported that a frustrated Tillerson called Trump a “moron” in a meeting with Pentagon officials in mid-July. He was also supposedly talked out of resigning by Vice President Mike Pence.

To quell a budding controversy, Tillerson interrupted his schedule to make a short statement to the media. He denied the NBC report about Pence, but he declined to address whether he called Trump a “moron.”

Tillerson, the former chief executive of Exxon Mobil Corp. (NYS:XOM) , said he would not take part in what derided as classic Washington effort to divide a presidential administration.

“I am not going to deal with petty stuff like that,” he said. “This is what I don’t understand about Washington.”

Tillerson was reportedly ready to resign in July, apparently offended by comments Trump made in a speech to the Boy Scouts of America, an organization of which he was a member.

The administration was beset by resignations and firings at the time, and officials were concerned about potential fallout from the departure of such a high-level cabinet member in the first year of Trump’s presidency.

Tensions appeared to be reignited last weekend when Tillerson said the U.S. was attempting to find a diplomatic solution to the armed standoff with North Korea.

Tillerson and Trump have reportedly clashed over several key foreign-policy issues, including Iran, Qatar and Venezuela. Trump was reported to be angry with Tillerson for his response to a question about the president’s comments on the violence in Charlottesville, Va., when neo-Nazis and white nationalists clashed with counterprotesters. Trump repeatedly said both sides shared blame for the violence.

“The president speaks for himself,” Tillerson said on “Fox News Sunday” about Trump’s Charlottesvillle comments.

See also: Mitt Romney has some constructive criticism for Trump after Charlottesville 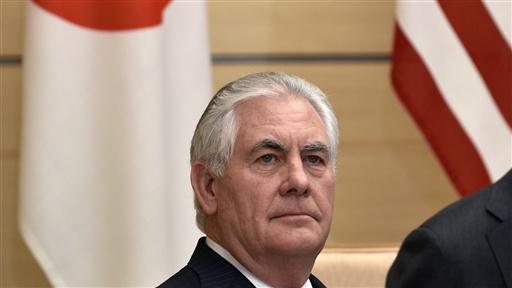 Trump’s administration has seen a high level of turnover just 10 months into his presidency, including his first national-security adviser, the deputy national-security adviser, his original chief of staff, a press secretary, two communications directors, his chief strategist, the director of the Federal Bureau of Investigation and the acting head of the Justice Department.

On Friday, Trump accepted the resignation of Tom Price, who headed the Department of Health and Human Services.

Read also: What to do if you’re suddenly out of a job like Tom Price, Steve Bannon, James Comey or Anthony Scaramucci

See now: Puerto Rico’s debt will have to be wiped out, Trump says