Time to cash in your bank stocks, going by this chart

Dow 21,000 looks to be the far more important target, says a Barron’s columnist .

President-elect Donald Trump has officially named Exxon Mobil /zigman2/quotes/204455864/composite XOM -1.13%  CEO Rex Tillerson as his pick for secretary of state, and he is expected to tap former Texas Gov. Rick Perry for energy /zigman2/quotes/206420077/composite XLE -1.35% secretary. Plus, Trump delayed a news conference and now won’t say until January how he plans to handle the overlap between his business empire and his new gig.

The Federal Reserve’s two-day meeting is due to kick off today. Policy makers had better unveil an interest-rate hike tomorrow, if they don’t want to really surprise markets.

Fed chief Janet Yellen is expected to signal that investors shouldn’t expect a flurry of rate rises, while the central bank is likely to ignore the elephant in the room.

In other economic news, small-business sentiment has surged, a November reading on U.S. import prices showed a drop, and reports on China’s industrial production and retail sales edged forecasts.

100,000—That is how many civilians are trapped in Aleppo, fearing for their lives as Syrian forces take control from rebel fighters, according to aid groups and media reports . Reports of on-the-spot executions and children being killed in their own homes have prompted calls for the international community to organize a safe passage out.

“He has little political experience, but, maybe, it’s good,” Mikhail Gorbachev is among the Russians who like Trump.

In an interview marking 25 years since the USSR’s breakup, the former Soviet leader also voiced hope for better U.S.-Russia relations and criticized how America handled the end of the Cold War.

There are hundreds of new and redesigned emoji in Apple’s iOS 10.2.

Teens are drinking and smoking less , plus doing fewer drugs.

It is possible to avoid being abducted in Australia by texting your dad back home.

Change your behavior by doing this .

And here is this year’s must-have toy: 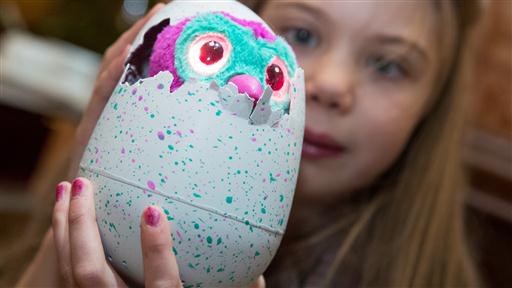 Hatchimals, this year's must-have gift for Christmas, sold out within weeks of their October introduction in the U.S. and Europe.