X
Tweet
Share this bulletin
Get news bulletins by email
Bulletin U.S. stocks rally at opening bell in bid to bounce back from nearly 2-year low »

’Tis the season for buying stocks dumped for tax reasons

Solid companies have been sold to be used solely as write-offs, and you can gain from that 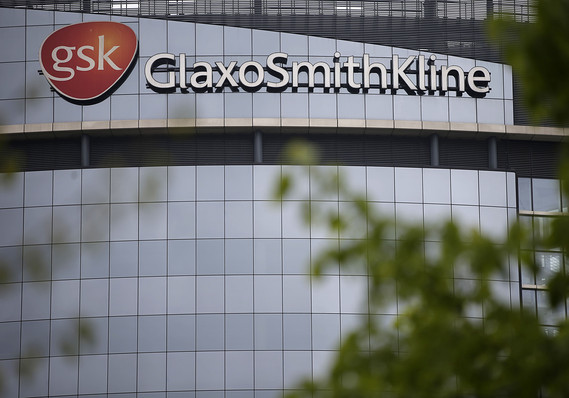 Shares of solid companies go on sale at this time of the year simply because it’s the season for tax-loss selling.

Tax-loss selling hits stocks that have had a bad year. Investors want to dump them to beat the tax man by booking losses to offset gains.

But, come January, the tax-loss sellers are gone, and those stocks can rebound. Short-term traders might book quick profits.

There’s no guarantee they’ll bounce right away. They might get swamped in a market downdraft. So I look at tax-loss selling candidates as discounted names to buy at an even bigger discount for potential outperformance over the next year or two.

Not surprisingly, many of the best tax-loss selling plays this year are in energy. Rather than give you straight energy plays to buy because oil will probably rebound in 12 months, as I did here, I’m suggesting a new group of stocks that are down on the mere misperception that they will be hit by lower oil prices, even though it’s probably not true.

I’ve also got a few stocks linked to housing, another sector that’s had a tough year.

First, though, let’s start with a good tax-loss selling pick in the drug sector.

Top managers at the British pharmaceutical giant need a stiff upper lip. Their stock has had a terrible year. The reason: All the competition and pricing pressure surrounding Glaxo’s lead product, Advair for asthma and chronic obstructive pulmonary disease (COPD), which accounts for close to 20% of sales. This problem has had investors heading for the exits. Now, as the year closes, there’s an extra dose of selling as traders book tax losses.

Here’s the bright side for you: The tax-loss selling gives you an even better deal on Glaxo shares, which should do well over the next year or two. What’s going to go right?

Besides respiratory products, the company has three solid divisions. It’s in consumer-health products and vaccines, both of which don’t face patent expiration issues. And Glaxo has a strong HIV drug partnership with Pfizer (NYS:PFE) . They jointly offer Tivicay, likely to be a blockbuster HIV drug. Browne thinks Glaxo could rise 40% over the next 12 to 18 months to hit $60. Meanwhile, it pays a 5.6% yield.

The energy-sector rout is so bad, it’s spilled over to hit a bank, several closed-end funds and a building-supply company, even though they won’t likely be hurt much by lower oil prices. That alone makes these battered names attractive. But they look even better because year-end tax-loss selling is pushing them down even more.

First, consider the odd case of ViewPoint Financial Group , a Texas bank. Its stock has fallen sharply since mid-November on concerns about weak oil prices. Texas means oil, right? So this bank has to suffer, goes the logic. Wrong.

“Investors are acting like this is Texas in the 1980s all over again, and this bank will have a lot of bad loans,” says Eric Marshall, a portfolio manager at Texas-based Hodges Capital Management.

What the sellers are missing: Only about 8% of ViewPoint loans are to companies in the energy industry and about half of those don’t even produce oil. Many of them produce natural gas, which hasn’t fallen as much as oil. ViewPoint has lost about $200 million in market cap in the recent stock decline, and oil-related loans are only at $180 million. “So even if they all went bad, Wall Street has more than priced that in,” says Marshall.

Lots of closed-end funds invest in the debt of companies that have nothing to do with energy. But they are still getting crushed by fears that lower oil will force energy companies to default on debt.

Here’s why those closed end funds are getting beaten down, unjustly. The worries about high-yield debt in energy has investors dumping high-yield mutual funds. To meet redemptions, “mangers are selling what they are able to sell,” says Fertig. That’s pushed down safer, non-energy debt and the closed-end funds that hold it.

The upshot: Many debt-oriented closed-end funds are near discounts not seen in almost 20 years, says Fertig. They’re getting hit by a double whammy — the energy panic and the tax-loss selling pressure that will soon be gone. “People come back in January and look at these things, and all of the sudden everything is rosy and everything looks attractive,” says Fertig.

One he favors: Blackstone/GSO Senior Floating Rate Term Fund (NYS:BSL) , which trades at an 8% discount to its net asset value, which is the value of its underlying debt holdings. For context, the average discount over the past three years is zero. One advantage with this one is if you buy now, you’re virtually guaranteed that 8% because the fund is scheduled to redeem, or cash out, investors at net asset value in 2020. Meanwhile, this fund offers a yield of about 13.8%. Fertig also likes the BlackRock Floating Rate Income Strategies Fund (NYS:FRA) and Eaton Vance Limited Duration Income Fund (ASE:EVV) . Both also trade at steep discounts to NAV and offer attractive yields of 6% to 8%.

Finally, in energy, consider Eagle Materials (NYS:EXP) , which supplies sand used in fracking, and cement used in finishing oil wells. “Eagle has taken a big hit because investors see it as heavily tied to energy,” says Marshall, at Hodges Capital Management. But Eagle also has a big presence in construction since it sells cement and gypsum wallboard, businesses that are going strong. “We think the business outlook is better than it was six months ago,” says Marshall.

Housing stocks have also had a tough year. But housing is not down for the count. Housing should benefit as consumer confidence increases with employment gains next year even if rates go up a bit, because banks will be more eager to lend, says John Buckingham, a mutual fund manager who edits the “Prudent Speculator,” a stock newsletter with a great record. So beaten-down housing-related stocks already look interesting. Now they’re even cheaper, due to tax-loss selling. One that Buckingham favors is MDC Holdings (NYS:MDC) . It has a solid balance sheet, and it pays a 4% yield.

Next, consider Encore Wire (NAS:WIRE) , which sells copper wire used in construction. Its stock is suffering along with many of the rest of the housing-related stocks. But new plants help make Encore the low-cost provider in a sector that lost a lot of capacity during the downturn. Marshall, at Hodges Capital Management, thinks Encore could post $3 a share or more in earnings in a few years, compared with about $2 in 2014, possibly driving the stock to $50 for a 35% gain.

Genworth has a durable mortgage-insurance business. But its stock is weak because it sold long-term-care insurance policies too cheaply, and it’s had to build reserves against that. “It looks like they are finally getting a handle on it,” says Putnam. “If they have gotten that under control and the mortgage-insurance business continues to pick up, the stock could move up a lot.”

At the time of publication, Michael Brush had no positions in any stocks mentioned in this column. Brush is a Manhattan-based financial writer who publishes the stock newsletter “Brush Up on Stocks.” Brush has covered business for the New York Times and The Economist group, and he attended Columbia Business School in the Knight-Bagehot program.