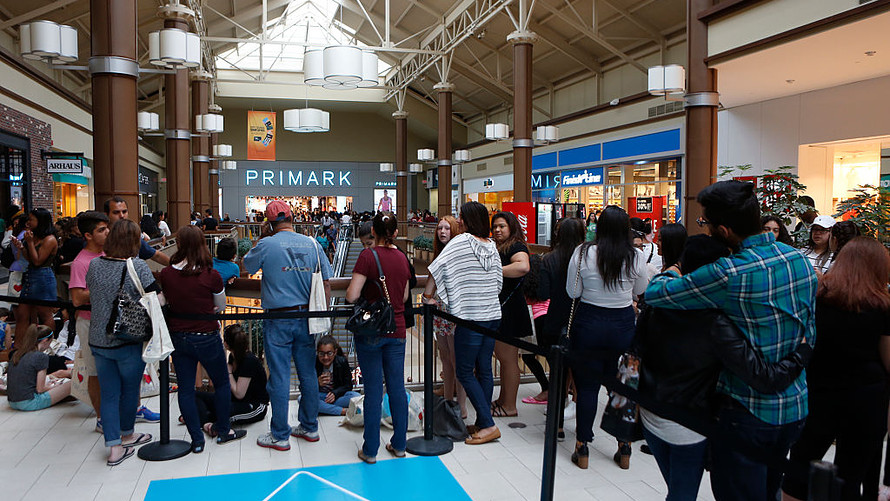 A cocktail of changing consumer habits, millennials’ aversion to shopping and the big Brexit clouds gathering over Britain’s high street have retail bosses quaking in their Prada loafers.

On Monday, online fashion chain ASOS (LON:UK:ASC) , usually a bankable star of the retail sector, slashed earnings targets and spooked the market in the run-up to the crucial festive trading period.

It joined a raft of older, more established players in a chorus of Christmas gloom.

Such sentiment is at odds with fresh figures from the Office for National Statistics. Data released on Thursday show retail sales volumes in November rose by 1.4% from October. This beat the 0.3% increase forecast by economists, according to Reuters. However, looking at the three months to November, which smooths out monthly volatility, sales were up just 0.4% as compared with the previous period — the smallest increase since April.

Major retail stocks have lost on average 18.35% since the beginning of November, compared with a 5.42% fall by the FTSE All Share.

“When Primark warns and now ASOS you realize how difficult it is,” said Maureen Hinton, global retail research director at GlobalData.

Analysts say these are tough times but also point to niche stocks that could outperform the market.

Hinton said there is a trend toward consumers spending on experiences rather than products, so retailers with expertise in sports and outdoor equipment are likely to perform more strongly, as are convenience chains selling discounted household goods.

While Sports Directsells on value rather than expertise, said Hinton, she predicts sports fashion chain JD Sports is better placed as it sells clothing that is more linked to activities, as well as the latest high-end trainers.

“Fashion sports brands continue to do well because young consumers are willing to pay full price for the latest items from Adidas (OTC:ADDYY) and Nike (NYS:NKE) ,” she said.

Shares in JD Sportshave been dragged down to 324.20p by sector gloom and are close to their year low of 319.40p, but on Monday, in a show of confidence, the company’s executive chairman, Peter Cowgill, snapped up 30,000 shares.

Privately owned Mountain Warehouse is also likely to be a strong performer with its focus on outdoor equipment and clothes.

At the budget-end variety chain B&M, which sells cut-price wallpaper, curtains and toys, pulls in consumers with its seasonal products. In the summer it stocks gardening items, Halloween props and outfits over the fall, and festive decorations and gifts for December.

Its shares have held steady at the 400p mark for much of the year, tumbling to 291.18p due to the negative sentiment sweeping the sector over the past month.

Hinton said some of the fall may be due to worries over margins, but in general it offers good value to its customers and easy access with parking at out-of-town sites. She also rates Poundland, which came off the market in 2016 after being taken private by South African owner Steinhoff (JSE:ZA:SNH) .

But what’s behind the raft of negative sentiment from some of the stronger players on the high street?

Well-run and forward-thinking chains, many with legacy store estates, have successfully navigated their way through changing consumer habits — the challenges of offering online and disposable fast fashion aren’t new.

They are also used to coping with the vagaries of the British weather and what they claim to be an unfair tax regime in the form of business rates.

But what is plaguing even the top performers this Christmas is the uncertainty over Britain leaving Europe, with now less than 100 days to go. This has knocked consumer confidence and reduced the number of people shopping both online and in bricks and mortar shops. It is hitting retailers where it hurts — at the tills.

Research firm Springboard shows the number of Christmas shoppers on the high street, shopping centres and retail parks fell 0.1% last week as compared with the same period last year. This is on top of a hefty 7.6% fall for the same period in 2017, when snow kept shoppers at home.

Clive Black, head of research at broker Shore Capital, said he has never seen such misery from British retailers going into the festive period. “What has really changed is a nation worried about what is ahead around Brexit,” he said. “So low consumer confidence and a shopper prepared to sit on their hands.”

He said few retailers could have prepared for this “chaotic outcome,” which is why “seasoned and largely proficient” practitioners are downbeat and vocal in their concern.

He warned: “Anticipate the prevailing weak to disappear, the challenged to become ill, and the robust to disappoint, too. Some at the fringes will excel, but they will be the exception to break the rules.”

Already this year we have seen privately owned department-store group House of Fraser collapse into administration before being rescued.

At Toys “R” Us and electronics retailer Maplin the shutters came down for good.

In recent months department-store group John Lewis, an employee-owned firm, issued disappointing sales updates, as did Britain’s biggest clothing retailer, Marks & Spencer (LON:UK:MKS)  , which has fallen 20% to 242.60p over the past 12 months, which is struggling in both food and fashion.

Publicly listed Debenhams , down 87% to 4.39p over the year, has warned about profit three times this year.

Shore Capital’s Black predicted there are going to be “many warnings and disappointments” between now and the traditional New Year trading update season.

“Only in the last fortnight we have had warnings, and big ones at that, from businesses” deemed in recent years to be resilient; ASOS, Dixons Carphone , Pets at Home (LON:UK:PETS) and even Primark,” he said.

“Channel shift (the move from shops to online) and a penchant for services (experiences) over store-based goods have been with us for years. The U.K. is blessed with virtually full employment and rising real living standards.

“The general shift can only really be placed at the political mismanagement in Whitehall (albeit not in ASOS’s case).”