Allowing 2-, 3- and 4-family structures amid single-family homes could add 10% to today’s housing stock 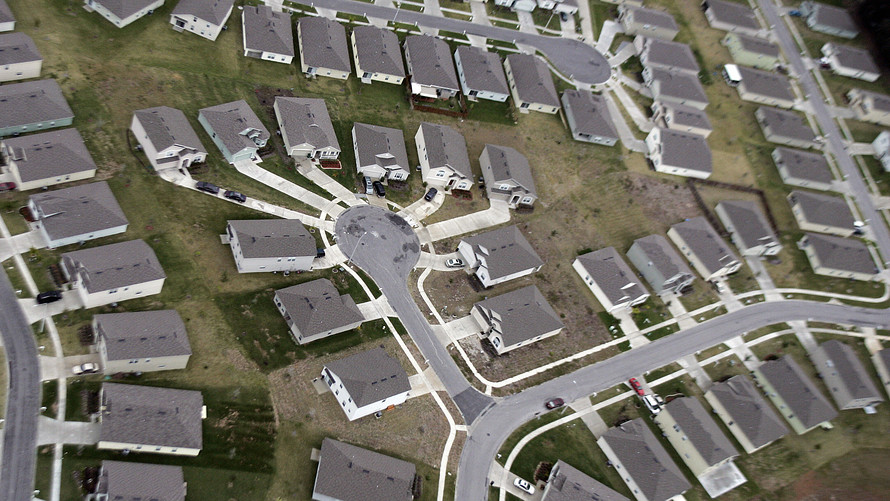 AFP/Getty Images
A subdivision outside Orlando, one of the least affordable entry-level housing markets.

There is a developing consensus that adding to supply is fundamental to addressing the challenges facing both would-be home buyers and renters in many areas of the country. A lack of adequate new supply has driven up prices and rents above sustainable levels. The problem may only continue to worsen as demand pressures from population growth and preferences for medium- and large-size metro areas continue to build.

Much of this shortage is a self-inflicted wound resulting from overly restrictive zoning and other land-use practices.

To determine just how unaffordable has entry-level housing has become, the new AEI Carpenter Index uses a carpenter’s household income to compare relative affordability for entry-level housing across the nation’s 100 largest metros. It estimates the share of entry-level homes the average carpenter households — a proxy for the blue-collar workforce — can afford to purchase. This share ranges from a minuscule 7% in the least affordable metro to 100% in 22 metros.

Nine metros are now unaffordable (Carpenter Index of less than 20%) and another 25 are only somewhat affordable (Carpenter Index of less than 50%). Not surprisingly, half of these less-affordable metros are located in the West (including Los Angeles and San Francisco), with another six located in Florida (such as Miami and Orlando). Back in 2012, 94 metros of the 100 metros were affordable, with only six somewhat unaffordable. By 2018, however, home prices had increased 44% at the entry level, while the average carpenter wage has increased a mere 15% .

Home-price gains have far outpaced wage gains because of two regulatory failures, which interfere with both supply and demand. Many state and local governments restrict supply with land use and building regulations. At the same time, the federal government stokes demand with “easy” loan terms and a raft of subsidies from down payment assistance to seller concessions. As a result, the marginal entry-level buyer, flush with increased buying power due to government aid, bids up the price of a supply-constrained homes , thereby increasing the marginal price.

The purpose of zoning and land-use restrictions are to promote the general welfare; however, given the supply shortage, these laws are doing the opposite. Over time, the balance of power regarding development and redevelopment of private property has shifted from property owners to NIMBYism (“Not In My Back Yard”). While NIMBYism is usually thought of as being aimed at restricting large-scale multifamily developments, in fact the biggest impact has been to constraint 2-, 3-, and 4-family structures (Light Touch Density or LTD).

We estimate that retuning to the same level of LTD as in 1950 has the potential to add as many as 12.5 million housing units over time, or an additional 10% to today’s existing housing stock.

The answer to today’s affordability crisis is for local government to replace single-family zoning and related regulatory constraints with 1-4 family by-right zoning, meaning without public hearing or variance required. This would encourage more LTD construction, would help keep home prices increases more in line with inflation, and ultimately would make it affordable for a carpenter to live in the community. Fortunately, certain states and localities such as Oregon, Minneapolis, and Durham, N.C. , have already allowed by-right development of 2-4 family residences on single-family lots.

These examples show that it is possible to assemble a winning coalition around LTD. It appeals to fiscal conservatives and small-government types as the process is market-driven and involves no government subsidies. It appeals to environmentalists; LTD is more sustainable as it replaces an aging housing stock with more eco-friendly homes, allows for shorter commutes and takes advantage of existing infrastructure. And it appeals to civil rights groups , as curtailing single-family zoning would also be a significant step toward ending the de facto segregation, which still characterizes some U.S. cities.

All this is not just theory. We know that LTD up-zoning works in practice from a case study of a part of New York’s suburbs. Palisades Park, N.J. completely eliminated one-family zones in favor of 1-2 family zones in 1939, while most of its neighboring boroughs either completely or substantially kept one-family zones. This creates as close to a natural experiment as possible to evaluate LTD up-zoning. As house prices increase, LTD conversions became economically viable. Thus, Palisades Park’s population increased from 14,500 in 1990 to 20,000 in 2010, while it remained near flat in Leonia or Ridgefield Park.

The people purchasing these new homes have also lower incomes than those in Leonia, thereby weakening the key argument often leveled against LTD that it only benefits wealthier folks while removing affordable units for lower-income types.

Due to prudent city planning, Palisades Park’s land prices per acre are higher, but lower per housing unit. And its property taxes are lower.

It will take time to correct the policy mistakes of past decades, but LTD supply additions can meaningfully improve affordability. Our research shows that new homes, particularly when priced at middle-price points, helps tamp down home price increases that would otherwise greatly exceed wage growth. This benefit may also extend to already dense areas by allowing swelled-up demand to escape into less dense, nearby areas.

In places like California, LTD up-zoning will provide a heavy lift. According to one study of San Diego County , the least affordable metro in the Carpenter Index, such costs add on average a whopping $200,000 to the price of a new home. Were the county able to trim these costs by just half, the average carpenter household could afford 24% of entry-level homes in 2018, rather than just 7%.

On the demand side, government housing agencies — such as Fannie Mae, Freddie Mac and the Federal Housing Administration — must stop offering loose credit standards, particularly for first-time home buyers. In a seller’s market, looser lending makes housing less, not more, affordable, as the extra cash is quickly capitalized into higher home prices . The current seller’s market began during the home price trough in 2012. Since then, real (inflation-adjusted) prices are up 28% for move-up homes and 39% for entry-level homes, where lending has been liberalized the most and supply is tightest.

It is not impossible to add substantially to supply in places where a carpenter cannot afford to live. The deterioration in the Carpenter Index should be a warning sign to all that we cannot maintain the status quo.