As growth slows, companies learn the benefits of diversification 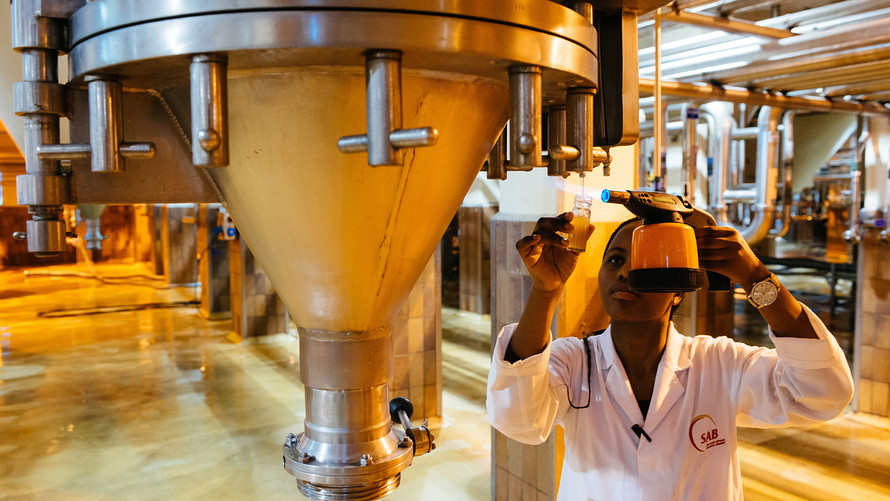 A brewery doesn’t have to open restaurants, coffee roasters, a distillery, banquet halls and its own wholesaler to survive. But it helps.

Business diversification isn’t new to craft beer, but it’s getting a lot more attention from brewers as growth slows to single-digit percentage points.

When the San Diego-based Ballast Point brewery was sold to Constellation Brands Inc. /zigman2/quotes/207737284/composite STZ -2.09%  for $1 billion in 2015, at least a portion of Ballast’s value came from its distillery. When Fireman Capital bought a majority stake in Oskar Blues of Longmont, Colo., that same year, it bought a company that not only runs multiple breweries, but also brewpubs, a coffee roaster, a bicycle fabricator and a burger chain. The McMenamins brewpub chain in the Pacific Northwest runs hotels, movie theaters, live music venues, a winery and a golf course.

Twenty years ago, siblings Jason and Jim Ebel turned their Brewer’s Coop homebrewed beer and wine supply store in Naperville, Ill., into a production brewery with an eye toward eventually getting into the restaurant business. Today, the brothers run a brewery that produces 40,000 barrels a year, but serves as the hub for what they’ve since expanded into a full lifestyle brand. 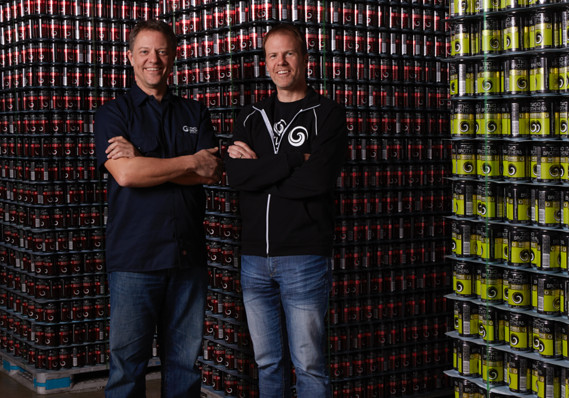 In 1999, they opened Windy City Distribution and began distributing their beer and that of other breweries throughout Chicago. In 2007, they expanded their brewery to a larger facility in Warrenville with its own restaurant. A change in Illinois state law shut down the wholesaling business in 2012, but the brothers were approached by the city of Aurora to take over a 70,000-square-foot former railroad company roundhouse that dated to 1856. They’ve since used the space to open a restaurant, brewery, cafe, cocktail lounge, live music venue, four banquet halls, a beer garden and, this month, a distillery that should produce its first spirits by 2018.

In 2014, they also opened a coffee roaster in Aurora and brought Mason Brown, a former roaster at Chicago’s Intelligentsia coffeehouse chain, to run the place. The Two Brothers operation now roasts 120,000 pounds of coffee a year and warrants its own wholesale branch.

However, despite purchasing the Arizona Beer and Cider Co. wholesaling operation, opening another brewpub in Scottsdale, Ariz., in 2015, and starting a cafe and brewpub in Oak Park, Ill., this year, the Ebel brothers still describe their company’s growth as controlled, slow and methodical.

New brewing tanks purchased last year increased capacity to 70,000 barrels — and increased production 50% in the first three months of 2017 — but the Ebels have resisted the urge to expand their Warrenville brewery. They’ve instead focused on further diversification into distilling, coffee wholesaling and their farm-to-table restaurant in Naperville.

They’ve also turned their one-man marketing department into a six-person team to react to fluctuations in the industry and bolster their existing businesses. Why take on that much overhead? Well, the Ebels like keeping their business independent and already have children looking to take over the family business in the not-so-distant future. If coffee, spirits and banquets can balance out the Two Brothers portfolio and shield the brewing business from tough times ahead, why not sit down, have a strong cup of Irish coffee and see how it plays out?

We recently spoke with Jason Ebel about fluctuations in the beer industry, the merits of diversification and the lessons learned from the growing and volatile Chicago beer market. If a 20-year-old brewery wants to last another 20, beer doesn’t have to be its only option for survival.

Boston Beer Co. <PHRASE TYPE="COMPANY" SIGNIFICANCE="PASSING-MENTION"> <SYMBOL COUNTRY="US" TICKER="SAM"></SYMBOL> </PHRASE>  just hired its first chief marketing officer about six months ago. When did you and your brother realize you may need a little more help with marketing?

Jason Ebel: I’ve always enjoyed marketing, but just a few years ago it was too much of a workload to handle. We have a coffee-roasting company, a soon-to-be spirits company, we own several restaurants, we own a beer wholesaler, we used to own a different beer wholesaler that we had to sell. We had so much going on that it became apparent that to keep our relevance and name in the marketplace, we had to bring on some help.

As breweries have proliferated across the U.S., there’s been a subset of brewers who would rather chew their own arms off than open a brewpub. What made you decide to take that route, take on the Roundhouse and then open so far afield in Scottsdale?

Jason Ebel: Years ago, when we wrote our first business plan, it was to open a brewpub. We realized that we didn’t have any restaurant experience at all. I’d been to brewing school and brewed for a couple of commercial places and knew how to do that, but I didn’t know how to run a restaurant and so we rewrote the plan to open a production brewery.

It’s always been in the back of our minds going back to our time living in France, when food obsession was a part of it. But it took us 10 years to get to our first restaurant. In that time, we saw how the industry worked, we studied how it worked and we got to the point where we could bring on the right people to help us do it correctly. The first general manager we hired is still with us 10 years later and is the head of hospitality operations across all the stores and our first executive chef is our executive chef across all the stores.