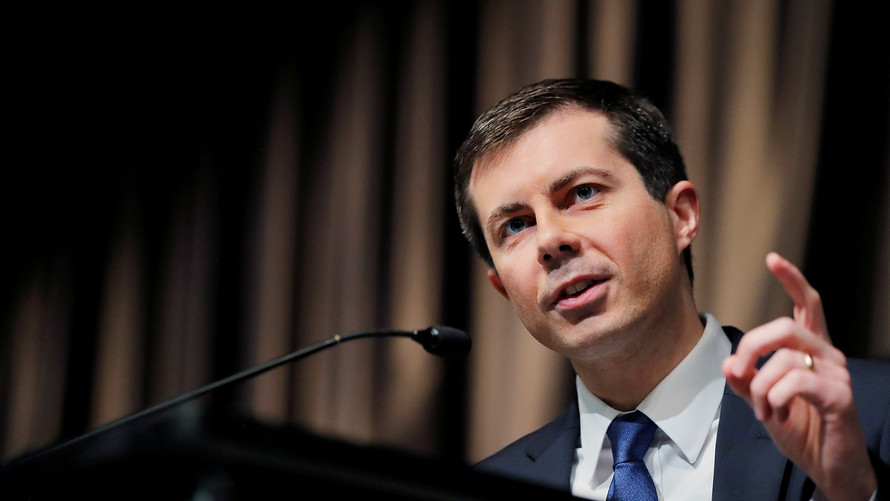 WASHINGTON — Some big fundraising hauls by Democrats have eased worries that lackluster totals last quarter were a sign the party would struggle to stockpile cash for the general election fight with President Donald Trump.

All campaigns have to report their second quarter fundraising totals to the Federal Election Commission by the end of Monday. But early glimpses offered by top contenders show they collectively raised about $96 million, bringing them within striking distance of the $105 million raised by Trump and the Republican National Committee.

Pete Buttigieg led the second quarter field of Democratic White House hopefuls with $24.8 million, a jaw-dropping sum to be raised by a candidate who entered the race months ago as the little-known mayor of South Bend, Indiana. He was followed by former Vice President Joe Biden, who raised $21.5 million. Sen. Elizabeth Warren of Massachusetts rebounded from a mediocre first quarter and came in third with $19.1 million. Sen. Bernie Sanders of Vermont posted $18 million, while Sen. Kamala Harris of California reported raising about $12 million.

But the news wasn’t good for all the campaigns. Some candidates took in less than they did last quarter or were essentially treading water. It’s the latest sign that two distinct tiers are emerging in the primary: one that will have ample resources to build a national operation and get its message out and another forced to make difficult financial decisions and triage limited cash.

Beto O’Rourke raised just $3.6 million in the second quarter, a dramatic drop that places him among a growing group of Democratic presidential hopefuls who are struggling to raise the cash needed for a credible White House run.

O’Rourke has struggled to reclaim the magic of his losing 2018 bid against Texas Sen. Ted Cruz, which brought him closer to winning statewide than any Democrat had in years. He set a fundraising record in that race, bringing in over $80 million.

“Top-tier candidates will need to pull in eight-figure quarters to stay competitive and run effective campaigns on a national scale,” said Dennis Cheng, who was the finance director for Hillary Clinton’s 2016 campaign. “The second quarter was about raising the bar and exceeding expectations.”

Thanks to a strong Democratic debate performance, former housing secretary Julian Castro more than doubled his previous haul. But his $2.8 million still puts him toward the back of the pack.

Sens. Cory Booker of New Jersey and Amy Klobuchar of Minnesota both brought in enough money to forge ahead. But both Klobuchar, who raised nearly $4 million, and Booker, who raised just a little more, performed worse than they did during the first quarter.

One of the most immediate challenges for candidates who have struggled to gain traction is notching enough donors to qualify for the next round of debates.

The Democratic National Committee has increased the thresholds to reach the fall debate stage, leaving a wide swath of the field scrambling to qualify. To secure a slot on the stage, candidates have to reach 2% in a handful of polls while racking up contributions from at least 130,000 donors in at least 20 states.

That requires raising a significant amount online from low-dollar donors, a metric that is touted as a sign of a candidate’s support from the party’s grassroots.

Those who build a large network of small-dollar donors aren’t just capable of raising money — they are winning over the same party activists needed to turn out the vote, organize and proselytize, said Robert Zimmerman, a donor and Democratic National Committeeman from New York.

“Not too many top donors from Bel Air, Manhattan, Scottsdale and Palm Beach are going to be knocking on doors through the snows of Iowa and New Hampshire,” he said. “But small-dollar donors and grassroots supporters, they build the campaign.”