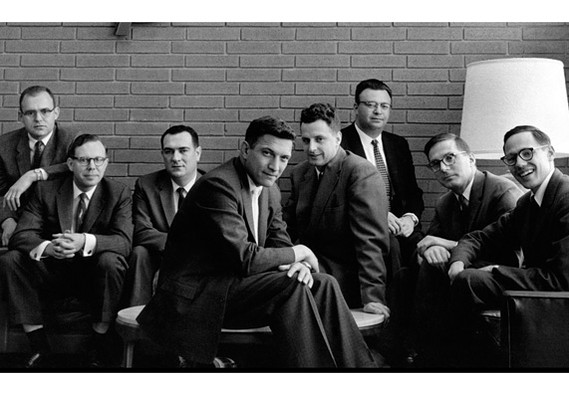 SAN FRANCISCO (MarketWatch) — When eight daring men decided in 1957 to leave their jobs en masse at Shockley Semiconductor and start their own company, there wasn’t really a venture-capital industry or many start-up precedents to be found in California’s Santa Clara Valley.

It was a farming community of resplendent orchards, roads without sidewalks, produce stands and canneries. Jackrabbits could be found in the ladies room in the early days of the company they founded, Fairchild Semiconductor Corp. 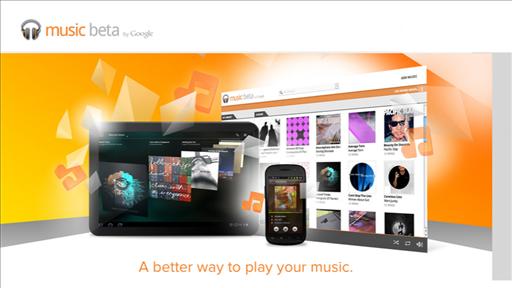 At Google's I/O conference for developers Tuesday, the web giant unveils plans for a streaming music service on the Web that will compete with an online "music locker" product Amazon recently announced.

Those men who left the employ of Nobel laureate William Shockley on Sept. 18, 1957, to form their own company, now dubbed by the media as the “Traitorous Eight,” are credited with planting the seeds that turned the fertile “Valley of the Hearts Delight” into Silicon Valley.

Fairchild has iconic status as the company that developed the manufacturing process for the earliest silicon chips and inventing the first commercially produced integrated circuit. Today, the company is independent again after a storied path, making analog chips. But it is just as famous for its offspring: hundreds of companies in the semiconductor industry.

It is estimated by some that more than 400 companies can trace their roots to those “Fairchild Eight” as they are also called, the most famous being Robert Noyce and Gordon Moore, who left to co-found Intel Corp. /zigman2/quotes/203649727/composite INTC -0.85% in 1968. Other famous “Fairchildren” include Jerry Sanders, a sales star at Fairchild, who left with a group of engineers to co-found Advanced Micro Devices Inc. /zigman2/quotes/208144392/composite AMD -2.12%  in 1969.

Four of the original eight Fairchild co-founders are still living. Three octogenarians in that group, and the son representing Sheldon Roberts, are being feted in person Monday at the California Historical Society in San Francisco to receive the “Legends of California Award.”

“This was the first company to spin off engineers starting something new,” said Moore, now 82. While Hewlett-Packard Co. /zigman2/quotes/203461582/composite HPQ -0.99%  and Varian Associates were both growing at the time in Palo Alto, “they had a big push from Stanford,” to help in their founding, Moore said.

The departure of the eight engineers and scientists to form a start-up with $1.5 million in backing from Sherman Fairchild and Fairchild Camera and Instrument was especially daring for the time. Shockley, the head of Shockley Semiconductor Laboratories, was a co-inventor of the transistor and shared the Nobel Prize for physics in 1956, along with two other former Bell Laboratories colleagues. Sand Hill Road in Menlo Park had yet to become the epicenter of venture capital.

“It wasn’t scary,” said Jay Last when asked about the risky move. Last, now 81, left Fairchild in 1961 to become an early employee of what is now Teledyne Technologies Inc. /zigman2/quotes/203527738/composite TDY +0.13%  “When you are in your late 20s you don’t know enough to be scared, we just did it. We just knew what we had to do and we did it.” Their goal was to make silicon transistors, which Shockley had abandoned in favor of another idea he unsuccessfully pursued.

By the accounts of the three who are still willing to tell their often repeated story, Shockley was difficult, impetuous and increasingly paranoid. It was telling that after he had left Bell Labs, and eventually started his own company in Mountain View, Calif., that no one from Bell Labs joined him. Most of Shockley’s recruits were fresh out of the best colleges and Ph.D. programs, and eager for work in the burgeoning field of electronics.

Julius Blank, now 85, said things started to get dicey after Shockley won the Nobel Prize. “He would travel a lot and every time he came back, he would change direction,” Blank said. In light of these changing whims, their projects never were completed and many at Shockley grew frustrated.

Two key episodes helped fuel their departure. One was an incident in the laboratory at 391 San Antonio Rd., an unofficial local landmark, where a secretary cut her hand on a broken push pin. The minor accident led to an investigation by Shockley, who thought it was a malicious attempt to sabotage their work. Shockley hired detectives and the entire staff had to take lie detector tests.

“The major problem was he had no idea how to manage people,” Moore said in an interview. “He really upset the people working for him.”

An even more crucial point came after a meeting with Shockley’s main investor, industrialist Arnold Beckman. Shockley had an outburst during a discussion about how to control the growing research costs, and told Beckman that if he didn’t like how he was running things, he could take his team, get more funding and leave.

But the eight key members of the team later called up Beckman to tell him that was not the case. They asked him to put someone else in charge.

“We had three dinners and at our fourth dinner, he said he would stick with Shockley,” Moore said. “By luck, we caught up with some financing and got to start our own company.” But it wasn’t easy, the group approached 35 companies with the help of a young Harvard MBA named Arthur Rock, before finding Fairchild. Rock would become one of the valley’s early VCs.

Many of the Fairchild founders made substantial contributions to the semiconductor industry, working in the era of the 1958 launch of the Sputnik satellite and the ensuing space race with the Soviet Union. Amid the urgent need for transistors in the late 1950s and through the 1960s, Silicon Valley grew from bucolic farmlands into today’s tech mecca.

Jean Hoerni, another one of the eight, did pioneering work at Fairchild, developing the planar process, a major step in paving the way to making chips in volume. Noyce and Jack Kilby of Texas Instruments Inc. /zigman2/quotes/202237907/composite TXN -1.24%  are viewed as co-inventors of the integrated circuit, but Fairchild was successful at commercializing the invention. All integrated circuits today are successors of the first Fairchild chips, Last said.

Eugene Kleiner went on to form Kleiner, Perkins Caufield and Byers, one of the valley’s earliest venture-capital firms. Victor Grinich left Fairchild and taught at U.C. Berkeley and Stanford, publishing a textbook called “Introduction to Integrated Circuits.” Blank left in 1969 to become a consultant.

None of the three I spoke to is fond of the term “Traitorous Eight” but they have grown used to it. They have been interviewed, filmed and celebrated around the 50th anniversary of the integrated circuit in 2009.

“I don’t think it describes very accurately what we did,” said Last. “We weren’t traitors, we worked very hard to try to work out our relationship with Shockley.”

Blank, who set up Fairchild’s initial machine shop, assembly and the subsequent manufacturing facility in Hong Kong as incoming orders exploded, is the only one still in Silicon Valley. Life is much quieter now, though, after those years with “a kind of electricity in the air, [where] everything was happening fast and all at once,” he said. Blank lives in a retirement center across the street from the old Fairchild headquarters at 844 Charleston Rd. in Palo Alto, now a California Historical Landmark.

Therese Poletti is a senior columnist for MarketWatch in San Francisco.