Some 100 agents and officers to be redeployed from Mexico border to cities from L.A. and S.F. to Chicago and Detroit to Boston and New York 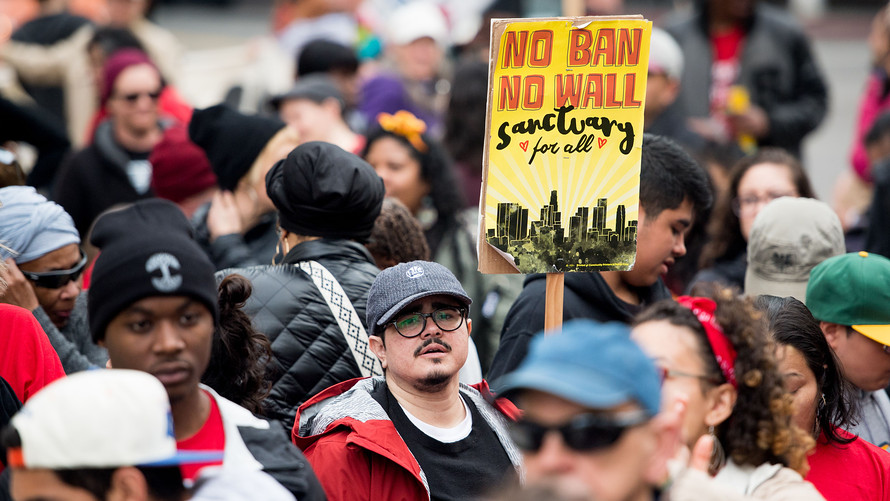 AFP/Getty Images
“No ban, no wall,” reads a sign supporting sanctuary cities during a march in Oakland, Calif., on Jan. 15, 2018.

WASHINGTON — The Trump administration is deploying 100 officers and agents from the southern border to so-called sanctuary cities in the U.S. to assist in arrest operations targeting immigrants who are in the U.S. illegally, according to two people familiar with the plan.

The operation is the latest move in the administration’s feud with cities and states that have adopted policies limiting law-enforcement cooperation with Immigration and Customs Enforcement, which carries out deportations.

The personnel are being sent by U.S. Customs and Border Protection, the parent agency of the Border Patrol, to assist ICE officers in cities including New York, Los Angeles and San Francisco, these people said. Operations will also take place in Atlanta; Chicago; Boston; New Orleans; Houston; Newark, N.J.; and Detroit, these people said.

How the U.S. is vulnerable to an Iranian cyberattack