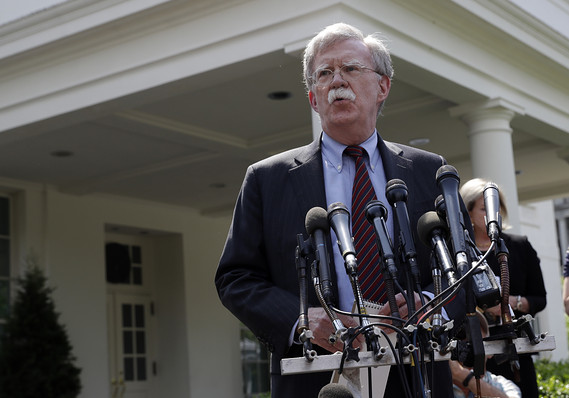 In an excerpt published by the Wall Street Journal of Bolton’s forthcoming book, Bolton recounts a meeting between Trump and Xi, writing that the U.S. president “turned the conversation to the coming U.S. presidential election, alluding to China’s economic capability and pleading with Xi to ensure he’d win.”

Bolton continues that Trump “stressed the importance of farmers and increased Chinese purchases of soybeans and wheat in the electoral outcome.”

The Trump administration sued Bolton on Tuesday to delay the publication of the book, titled “The Room Where It Happened: A White House Memoir.” The White House claimed the book contains classified information. Advance copies were already in the hands of journalists and book reviewers.

In a recent op-ed published in the Wall Street Journal, Bolton lawyer Charles Cooper accused the White House of using the pre-publication review process to delay the book’s publishing and to protect the president. He said he sent Bolton’s manuscript to classification specialist Ellen Knight on Dec. 30, 2019.

The New York Times reported Bolton also writes that the House of Representatives in its impeachment inquiry should have probed Trump not just for pressuring Ukraine to incriminate his domestic foes, but for a variety of instances when he sought to intervene in law-enforcement matters for political reasons.

The Times reported that Bolton writes in the book of episodes in which Trump expressed willingness to halt criminal investigations “to, in effect, give personal favors to dictators he liked,” citing cases involving major companies in China and Turkey.

The White House declined to comment for MarketWatch on Wednesday.

Bolton was forced out of the White House in January after repeated disagreements on national-security matters.