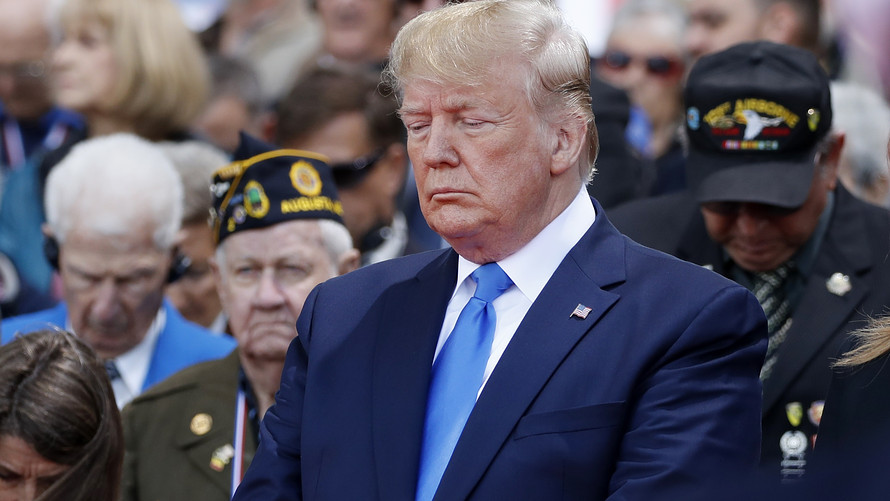 Associated Press
President Donald Trump participates in a ceremony to commemorate the 75th anniversary of D-Day at the American Normandy cemetery Thursday.

President Donald Trump on Thursday lauded the heroism of American and Allied service members who participated in the D-Day invasion that changed the fortunes of World War II, saying they “are among the very greatest Americans who will ever live.”

Trump joined with other world leaders at Normandy American Cemetery in France to honor those who died and participated in the battle.

The president described the 130,000 service members who fought as the “citizens of free and independent nations, united by their duty to their compatriots and to millions yet unborn.”

Trump also sought to assure allies, saying: “To all of our friends and partners — our cherished alliance was forged in the heat of battle, tested in the trials of war, and proven in the blessings of peace. Our bond is unbreakable.”

Trump was joined by French President Emmanuel Macron who told American D-Day veterans that “France doesn’t forget” their sacrifice for his country’s liberty.

“We know what we owe to you veterans: our freedom,” Macron said. “On behalf of my nation, I just want to say, thank you.”

Trump, who participated in D-Day commemoration in Portsmouth, England, on Wednesday, said in France that America’s veterans are the pride of the U.S. He shared the personal stories of several American D-Day veterans with the audience.

“You are among the very greatest Americans who will ever live,” he said.