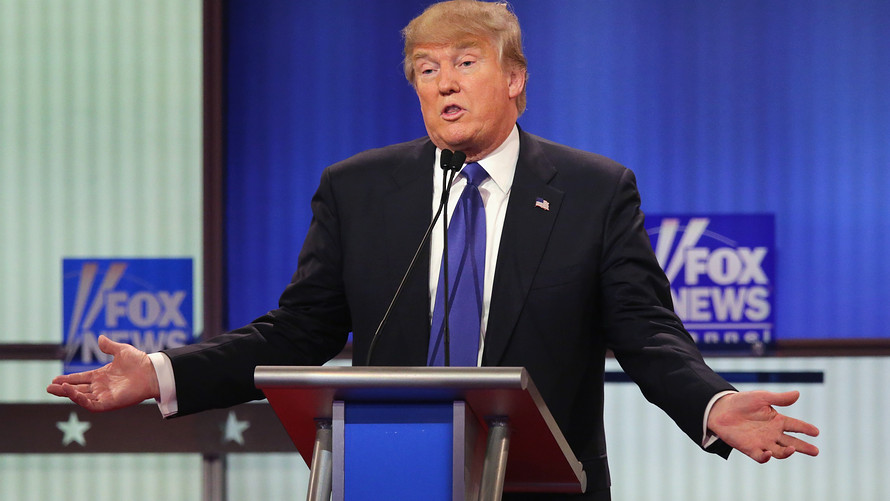 Donald Trump reversed himself on a key immigration-policy issue in the middle of the Republican presidential debate on Thursday night.

In an unusual move, Trump said from the stage in Detroit that he now wants an increase in visas for highly skilled foreign workers. He has previously argued for the opposite this campaign season, during which immigration has taken center stage as an emotionally charged issue.

“I’m changing it and I’m softening the position because we need to have talented people in this country,” Trump said at the debate with Sens. Ted Cruz and Marco Rubio, and Ohio Gov. John Kasich.

Trump’s rivals have attacked him for hiring foreign workers at his Mar-a-Lago estate in Palm Beach, Fla., and for having Trump-brand clothing made overseas.

The front-runner appeared to be talking about so-called H-1B visas, which enable Silicon Valley and other firms to hire skilled foreign workers. But Trump said in a statement after the debate that he wasn’t specifically referring to that particular type of visa.

“Megyn Kelly asked about highly-skilled immigration,” said Trump . He also said that the H-1B program is “neither high-skilled nor immigration: these are temporary foreign workers, imported from abroad, for the explicit purpose of substituting for American workers at lower pay.”

Yet the visas are awarded to highly skilled foreigners. As of last summer, for example, H-1B holders accounted for about 6% of the workforce at Intel Corp., The Wall Street Journal reported .

Cruz, meanwhile, kept up his attack on Trump on Thursday night over a meeting the New York real-estate mogul had with the New York Times in January. Trump reportedly said something in his interview with the Times about his flexibility on some of his immigration positions. The Republican front-runner had actually said he was open to negotiating in a separate interview.

Trump said he wouldn’t ask the Times to release the tape.