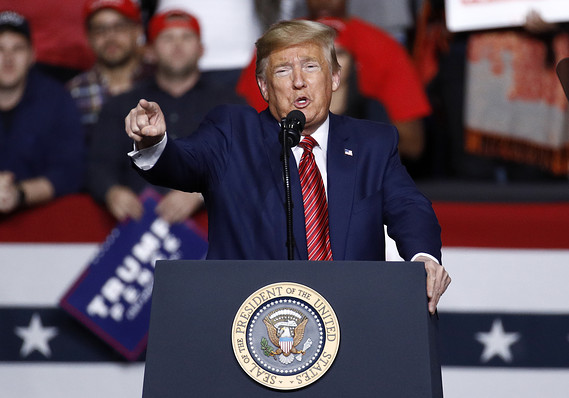 President Donald Trump on Monday launched a fresh attack that questions the integrity of mail-in voting, claiming that unnamed foreign countries would print “millions” of ballots.

In a pair of tweets, Trump said such ballot-printing would be “the scandal of our times,” and that 2020’s presidential race would be the “most RIGGED” in U.S. history “unless this stupidity is ended.”

The president provided no evidence for his claim about foreign countries. Trump has frequently attacked mail-in voting, saying on Friday that the growing use of mail-in ballots is the “biggest risk” to his re-election.

Voting by mail can help prevent the spread of the coronavirus, according to health officials, and several states have plans to make the practice easier.

Trump’s latest shot at mail-in voting came after his weekend campaign rally in Tulsa, Okla., his first in months since the COVID-19 pandemic intensified, drew fewer audience members than his administration had expected.