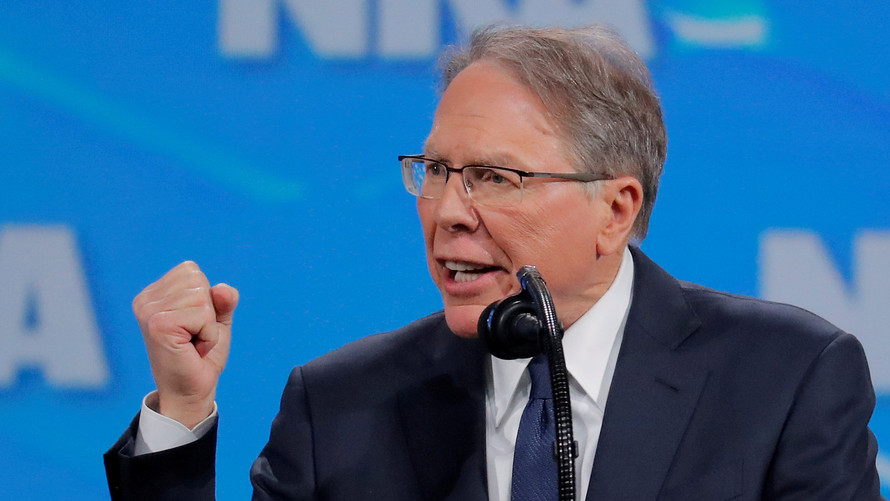 Reuters
Wayne LaPierre, executive vice president and CEO of the National Rifle Association, speaks in April at the group’s annual meeting in Indianapolis.

“They are Trump talking points,” he said when a reporter asked if he was parroting NRA talking points by moving away from supporting universal background checks.

He insisted that a chat with NRA chief Wayne LaPierre didn’t compel him to distance himself from supporting a future background checks bill.

The president then segued to talking about immigration policy over guns.

Trump added: “Wayne agrees things have to be done also.”

In the direct aftermath of the double mass shootings in El Paso, Texas, and Dayton, Ohio, the president said the country needed “very meaningful background checks.”

While Trump rebuffed the idea that he was being influenced by LaPierre and the NRA, he did voice concerns that are often used when gun-control laws are up for a vote.

“I’m concerned that no matter what we agree to when we get there, the Democrats will say, ‘Oh, well, we now want this’ … it’s a slippery slope and that’s what your gun owners and a lot of people are concerned with,” the president said.

“Assuming that’s not going to take place, assuming they really want to get this done, we can get it done.”

A version of this report appears at NYPost.com.