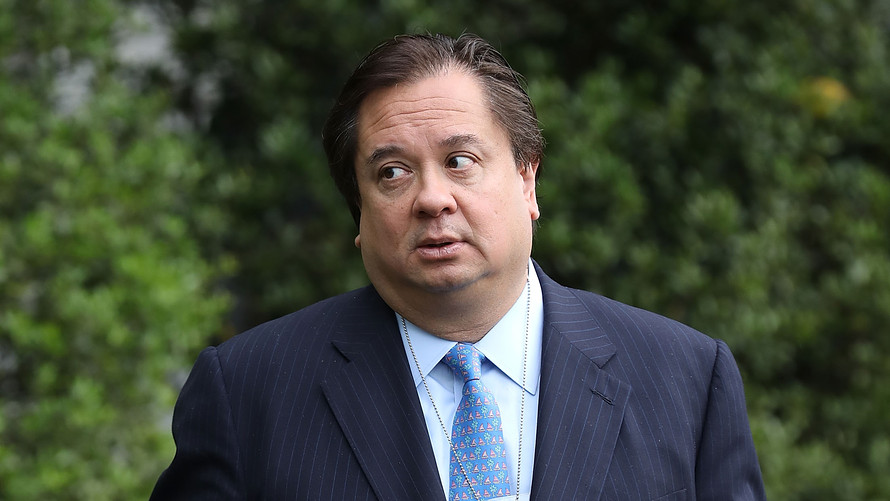 Getty Images
George Conway is seen on the South Lawn of the White House in April 2017.

“No matter how much I came to dislike him, I didn’t want to think that the president of the United States is a racial bigot. But Sunday left no doubt.”

Trump is “a racist president,” Conway said, in no unequivocal terms.

For years, Conway wrote, he has given Trump the benefit of the doubt.

“No, I thought, President Trump was boorish, dim-witted, inarticulate, incoherent, narcissistic and insensitive. He’s a pathetic bully but an equal-opportunity bully — in his uniquely crass and crude manner, he’ll attack anyone he thinks is critical of him. No matter how much I found him ultimately unfit, I still gave him the benefit of the doubt about being a racist.”

“But Sunday left no doubt. Naivete, resentment and outright racism, roiled in a toxic mix, have given us a racist president.”

Conway was referring, of course, to a tweetstorm Sunday in which Trump said four Democratic congresswomen, all women of color, should to “go back” to their countries and ”fix the totally broken and crime infested places from which they came.”

As outrage built Monday, Trump doubled down, saying if someone has a problem with this country, they “should leave.”

The lawmakers fired back Monday night, denouncing the “xenophobic, bigoted remarks,” and saying they were meant to distract people from the Trump administration’s unpopular policies.

In his op-ed, Conway said Trump’s comments were “racist to the core,” and berated Republicans their unwillingness to criticize the president.

“By virtue of his office, he speaks for the country,” Conway wrote. “What’s at stake are the nation’s ideals, its very soul.”