Trump may bypass Congress to sell arms to Saudi Arabia 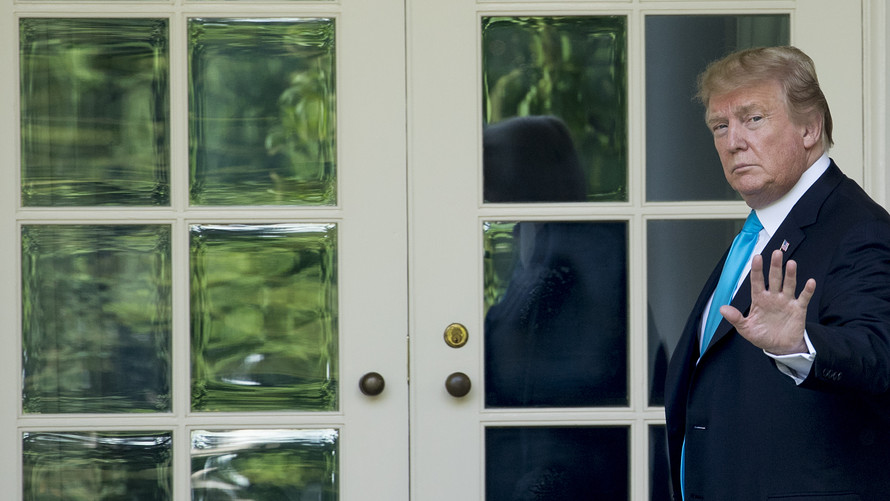 Associated Press
President Donald Trump waves as he walks towards the Oval Office in Washington on Thursday.

WASHINGTON — The Trump administration is considering an emergency declaration that would allow it to make an arms shipment to Saudi Arabia without the approval of Congress, two U.S. officials and lawmakers opposed to the move said Thursday.

The officials say a decision on invoking a national security waiver in the Arms Export Control Act to bypass congressional review of proposed sales to the Saudis could be made as early as Friday. The officials were not authorized to discuss the matter publicly and spoke on condition of anonymity.

It was not immediately clear what sales would be covered by the possible waiver, which could allow previously blocked weapons transfers to move forward or be applied to new ones. A sale of precision-guided munitions to Saudi Arabia has been on hold for over a year.

Congressional opposition to U.S. military support for Saudi Arabia has been growing and lawmakers have blocked about $2 billion in arms sales to the kingdom for more than a year due to concerns over civilian casualties in the Saudi-led military operation in Yemen and outrage over the killing of journalist Jamal Khashoggi in October by Saudi agents.

President Donald Trump last month vetoed legislation that would have ended U.S. military assistance for the Saudi-led war in Yemen against Iran-backed rebels but administration officials have complained that sales remain blocked. The law requires Congress to be notified of potential arms sales, giving the body the opportunity to block the sale. But the law also allows the president to waive that review process by declaring an emergency that requires the sale be made “in the national security interests of the United States.”

Secretary of State Mike Pompeo, who would authorize the waiver, has been considering the step for months, according to the officials. But the matter has become more pressing in recent weeks due to what the administration says are heightened threats from Iran and drone attacks on Saudi oil facilities by Yemen’s Houthi rebels this week.

Sen. Bob Menendez of New Jersey, The ranking member of the Senate Foreign Relations Committee, said Thursday that he would move to halt any sales that arise from an exemption.

“I will pursue all appropriate legislative and other means to nullify these and any planned ongoing sales should the administration move forward in this manner,” he said in a statement. “The Congressional review process exists so that the Senate can ask questions about whether a particular arms sale serves our national interests and supports our values, including human rights and civilian protections.”

Democrat Sen. Chris Murphy of Connecticut warned Wednesday that the administration might use the “obscure loophole” to bypass congressional approval.

“Trump knows he would lose a vote on the sale — Congress and the American public object to selling these bombs to the Saudis,” Murphy said in a series of tweets on the matter. “If there is an emergency, it’s a humanitarian emergency caused by the bombs we sell the Saudis.”

There is precedent for using the emergency exemption for arms sales to Saudi Arabia. President Ronald Reagan invoked it in the 1980s and both Presidents George H.W. Bush and George W. Bush used it for sales before the 1991 Gulf War and the 2003 Iraq war.

The State Department declined to comment, citing a policy against discussing potential arms sales until Congress is notified.