A person familiar with the matter told the AP that Ken Cuccinelli, the former attorney general of Virginia, was being considered for the job

WASHINGTON (AP) — President Donald Trump asked the head of U.S. Citizenship and Immigration Services to resign, leaving yet another vacancy within the Department of Homeland Security.

Lee Francis Cissna told staff on Friday that his last day would be June 1, according to a copy of the email obtained by the Associated Press.

Cissna leads the agency responsible for legal immigration, including benefits and visas. With his departure, there are more than a dozen vacancies of top leadership positions at the sprawling, 240,000-employee department. Some are being temporarily filled, including secretary and inspector general. Cissna’s position, like others, requires Senate confirmation. 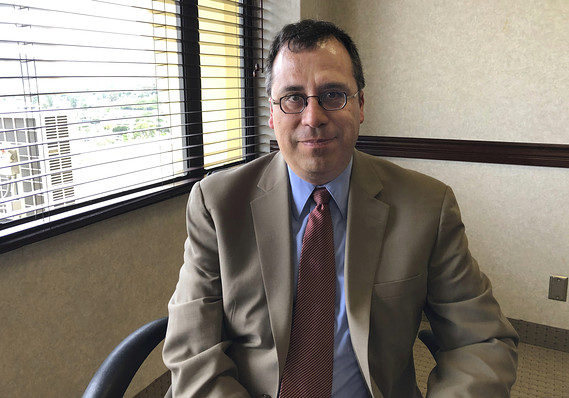 Cissna had been on the chopping block last month amid a White House-orchestrated bloodbath that led to the resignation of Secretary Kirstjen Nielsen, in part because aides felt he wasn’t moving quickly enough to tighten immigration rules and push through complicated regulation changes.

But his job was saved, temporarily, after high-ranking Republicans spoke out about his record, particularly Sen. Chuck Grassley who worked with Cissna for years. And it appeared he was back to business.

He told the Associated Press just two weeks ago that his agency was training dozens of U.S. border patrol agents to start screening immigrants arriving on the southwest border for asylum amid a surge in the number of families seeking the protection.

Asylum officers conduct initial interviews of immigrants arriving on the border to determine whether they have a credible fear of returning to their countries or should be sent back. Those who pass the interviews are allowed to seek asylum before an immigration judge, but their cases may take years to wind through the backlogged immigration courts.

But Trump, unable to deliver on his signature issue of reduced immigration and tighter border security, has sought an aggressive response to the thousands of Central American migrants reaching the southern border each month.

Cissna told his staff in the email that he was grateful for their support and service, but offered no information on what was ahead.

“During the past 20 months, every day, I have passionately worked to carry out USCIS’ mission to faithfully administer the nation’s lawful immigration system,” Cissna wrote to staff.

Earlier this week, administration officials said Ken Cuccinelli, the former attorney general of Virginia, would be taking a job at the department, but it wasn’t clear what his role would be. A person familiar with the matter said Cuccinelli was being considered for Cissna’s job, but it was unclear how that would work because the position requires Senate confirmation. The person spoke on condition of anonymity to discuss personnel matters within the administration.

Cuccinelli’s name has been tossed around for months. He had also been considered for a position as an immigration czar, a job possibly housed within the White House, but officials said this week he would not be taking on that role.

Cuccinelli has in the past advocated for denying citizenship to the American-born children of parents living in the U.S. illegally, and limiting in-state tuition at public universities only to those who are citizens or legal residents.

A message sent to Cuccinelli by the AP wasn’t immediately returned.