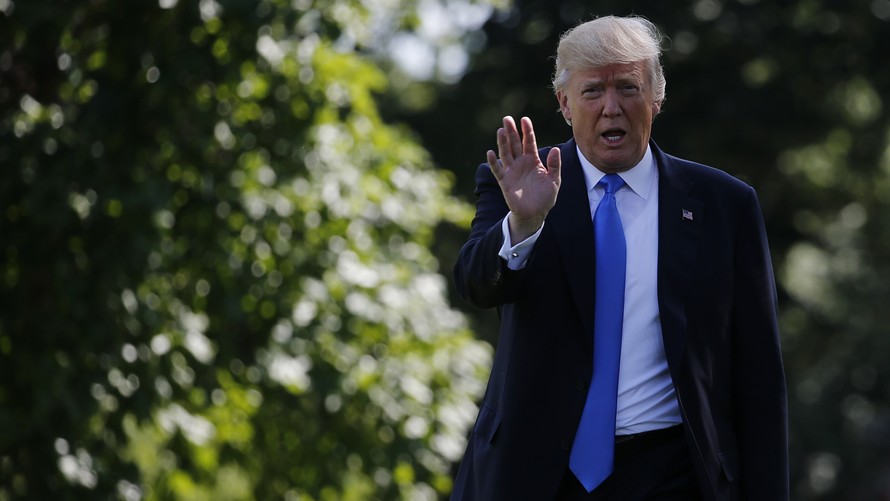 President Donald Trump implied that he has the upper hand in China trade talks, laying out a fresh threat to the world’s second largest economy in the White House’s protracted tariff dispute that sent global markets last week on a vicious roller-coaster ride.

In a pair of statements on Saturday via Twitter , the 45th president suggested that he would win the 2020 presidential election and that that outcome would be bad news for China if it doesn’t strike a trade agreement before then:

‘I think that China felt they were being beaten so badly in the recent negotiation that they may as well wait around for the next election, 2020, to see if they could get lucky & have a Democrat win — in which case they would continue to rip-off the USA for $500 Billion a year....’

He added: “The only problem is that they know I am going to win (best economy & employment numbers in U.S. history, & much more), and the deal will become far worse for them if it has to be negotiated in my second term. Would be wise for them to act now, but love collecting BIG TARIFFS!”

Trump’s comments come after Beijing and Washington failed last week to break an impasse in talks, which featured Chinese Vice Premier Liu He, following White House allegations that China had reneged on past promises as the countries attempt to forge a lasting and substantive trade deal that include changes to intellectual-property rights.

Read: Why the stock market is at the mercy of the U.S. consumer

On Friday, the U.S. allowed tariffs to increase to 25% from 10% on $200 billion in Chinese-made goods. Trump also ordered staff to begin the paperwork to impose levies at the same rate on the more than $300 billion’s worth of everything else China exports to the U.S.

Also read: Here’s how hard the escalating tariff fight will hit the economy

The developments reflect a new stage of testiness in negotiations between the world’s largest economies that has resulted in a resurgence of stock-market turbulence.

Check out: The monster clash between U.S. and China over trade dwarfs all other issues about the economy

For the week, the Dow fell 2.1%, its biggest weekly loss since March. The S&P saw a 2.2% weekly fall and the Nasdaq shed 3%, the biggest one-week losses for both since the week ending Dec. 21.

Although, China had said that a response to the recent tariff increases was forthcoming, none has yet emerged and the Wall Street Journal on Saturday reported that the country may be weighing its options and assessing the state of its economy, which has been on a downtrend, albeit stabilizing, recently.