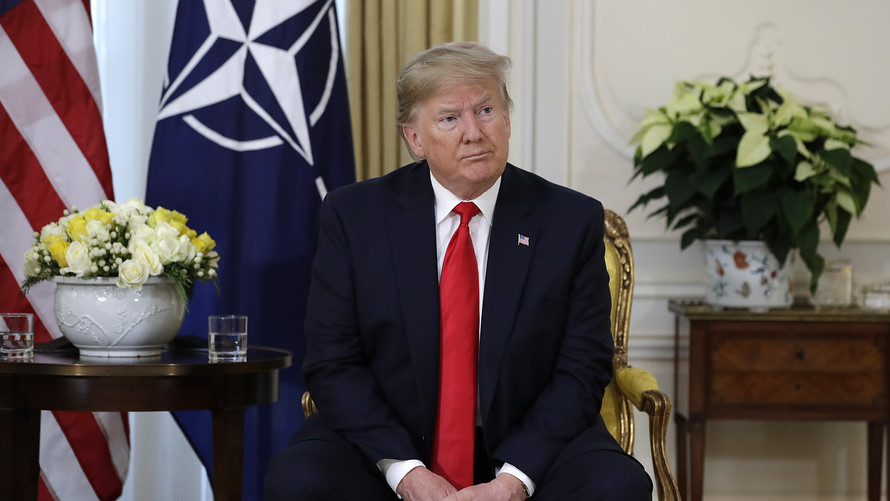 Trump took aim at Macron with NATO Secretary General Jens Stoltenberg by his side and called his comments “very nasty.”

Trump has repeatedly criticized fellow NATO members and complained that too few nations are on track to meet the alliance goal of spending at least 2% of GDP on defense by 2024.

Robert Lighthizer, the chief U.S. trade representative, on Monday recommended the U.S. respond with $2.4 billion in new tariffs on French cheese, wine and other products.

Trump is scheduled to meet Macron later Tuesday on the sidelines of the NATO summit.