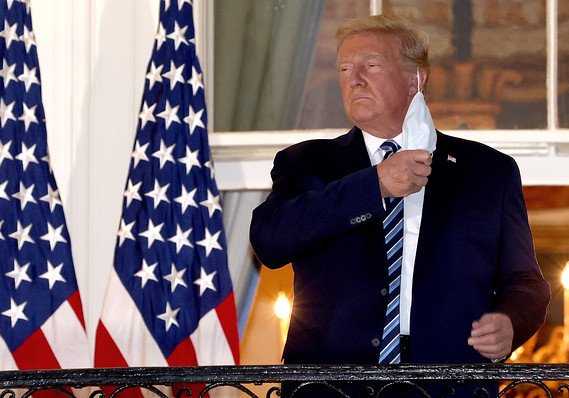 President Donald Trump said Thursday that stimulus talks with Democrats have turned productive, following his decision just days earlier to call them off.

Speaking on Fox Business, Trump said “now they are starting to work out.”

“We’re starting to have some very productive talks,” he said during a near-hour-long interview by telephone. He said negotiators were talking about aid for airlines and another round of payments to Americans.

“There is no stand-alone bill without a bigger bill. There is no bill,” the California Democrat told reporters at her weekly press conference at the U.S. Capitol.

Pelosi was responding to a question asking if she would accept a stand-alone bill aimed at providing a second round of grants to passenger and cargo airlines to help them retain workers.

Pelosi has repeatedly opposed trying to move other stimulus items on an individual basis or agreeing to a stimulus package smaller than the $2.2 trillion deal House Democrats passed before hitting the campaign trail. (The House’s $3 trillion HEROES Act, passed in May, was never acknowledged by Senate Majority Leader Mitch McConnell.)

U.S. stocks /zigman2/quotes/210599714/realtime SPX -0.72%   trimmed gains Thursday after Pelosi rejected the idea of a stand-alone bill to aid the airline industry, saying such a measure would need to be part of a broader fiscal stimulus package.

Also read: Stocks are rallying because fears of a contested election are fading.