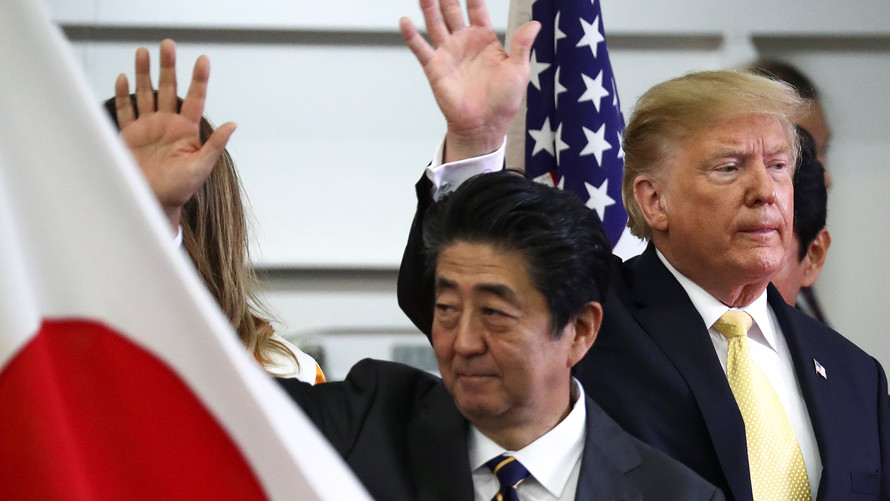 Reuters
President Donald Trump and Japan's Prime Minister Shinzo Abe wave after delivering a speech in Yokosuka, Japan, in May.

WASHINGTON — President Donald Trump notified Congress on Monday that the U.S. and Japan were prepared to enter a limited agreement that would lower some tariffs and set terms of digital trade.

Trump and his counterpart in Japan, Prime Minister Shinzo Abe, had previously announced in August at a Group of 7 Summit in France that they had reached an agreement in principle to lower agricultural tariffs and industrial tariffs.

The two sides had earlier said that they expected to sign the deal at the United Nations General Assembly in New York this month. By sending formal notification to Congress, Trump can now move forward with signing that agreement. The congressional letter didn’t spell out the terms of the deal.

A deal in which Tokyo lowers its agricultural tariffs could allow U.S. farmers to better compete in Japan. American agricultural exporters have been disadvantaged in the Japanese market ever since Trump pulled out of the 12-nation Trans-Pacific Partnership at the beginning of his presidency.

Trump has few options to respond to Saudi oil attack.

Your parents’ financial advice is (kind of) wrong.