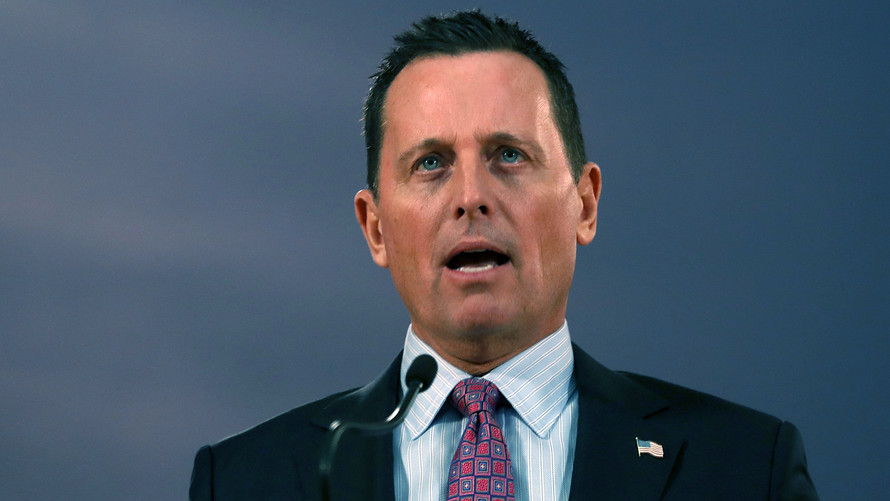 WASHINGTON — President Donald Trump on Wednesday announced that Richard Grenell, the U.S. ambassador to Germany, will become acting director of national intelligence, a move that puts a staunch Trump ally in charge of the nation’s 17 spy agencies, which the president has only tepidly embraced.

“Rick has represented our Country exceedingly well and I look forward to working with him,” Trump tweeted.

Grenell follows Joseph Maguire, who has been acting national intelligence director since August. It was unclear if Maguire would return to the National Counterterrorism Center. “I would like to thank Joe Maguire for the wonderful job he has done,” Trump tweeted, “and we look forward to working with him closely, perhaps in another capacity within the Administration!”

Grenell, a loyal and outspoken Trump supporter, has been the U.S. ambassador to Germany since 2018. He previously served as U.S. spokesman at the United Nations in the George W. Bush administration, including under then-Ambassador John Bolton.

News of the announcement was quickly criticized by those who said the job should be held by someone with deep experience in intelligence. Trump named Grenell acting national intelligence director, meaning he would not have to be confirmed by the Senate.

Sen. Mark Warner of Virginia, the ranking Democrat on the Senate Intelligence Committee, said Trump had “selected an individual without any intelligence experience to serve as the leader of the nation’s intelligence community in an acting capacity.”

Warner accused the president of trying to sidestep the Senate’s constitutional authority to advise and consent on critical national security positions.

“The intelligence community deserves stability and an experienced individual to lead them in a time of massive national and global security challenges,” Warner said in a statement. “... Now more than ever our country needs a Senate-confirmed intelligence director who will provide the best intelligence and analysis, regardless of whether or not it’s expedient for the president who has appointed him.”

Susan Hennessey, a fellow in national security law at Brookings Institution and a former attorney at the National Security Agency, tweeted: “This should frighten you. Not just brazen politicization of intelligence, but also someone who is utterly incompetent in an important security role. The guardrails are gone.”

Trump named Maguire to the position after Texas GOP Rep. John Ratcliffe removed himself from consideration after just five days amid criticism about his lack of intelligence experience and qualifications for the job.