Trump to lift ban on importing elephant trophies from Africa 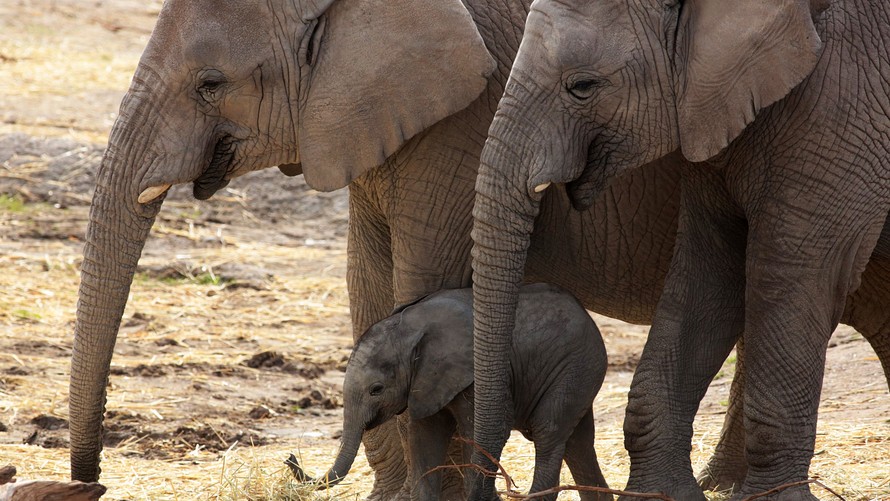 Getty Images
A baby elephant, of the species Loxodonta africana, which is in danger of extinction, is seen at a zoo in Mexico.

President Trump has decided to let big game hunters like his sons — Eric and Donald Jr. — import the heads of elephants into the United States, reversing an Obama-era ban from 2014.

The U.S. Fish and Wildlife Service confirmed the move in a statement Wednesday night, saying it will begin issuing permits for elephant trophies from Zimbabwe and Zambia, even though the creatures are still listed under the Endangered Species Act.

“Legal, well-regulated sport hunting as part of a sound management program can benefit the conservation of certain species by providing incentives to local communities to conserve the species and by putting much-needed revenue back into conservation,” the statement said.

Officials in Africa reportedly announced the policy change at a wildlife forum this week hosted by the Safari Club International Foundation, which is a hunting advocacy group.

The National Rifle Association praised the FWS decision on Wednesday, saying it was long overdue.

“By lifting the import ban on lion trophies in Zimbabwe and Zambia, the Trump Administration underscored the importance of sound scientific wildlife management and regulated hunting to the survival and enhancement of game species in this country and worldwide,” explained Chris Cox, Executive Director of the NRA’s Institute for Legislative Action.

“This is a significant step forward in having hunting receive the recognition it deserves as a tool of wildlife management, which had been all but buried in the previous administration,” he said.

The elephant — which is typically hunted for its ivory and tusks — has been listed as a “threatened” species since 1978.

President Trump’s son, Donald Trump Jr., sparked widespread outrage several years ago when pictures showing him posing with a dead pachyderm surfaced on social media. One particular photo — which received most of the attention — showed him holding up the elephant’s severed tail.

Trump’s other son, Eric, has also faced criticism for his big game hunting after similar images emerged of him with a dead leopard and other creatures.

While much of Africa’s wildlife is endangered due to poachers, Savanna elephants may be the most threatened.

“Reprehensible behavior by the Trump Admin,” tweeted The Elephant Project, which is a nonprofit organization dedicated to the conservation of African pachyderms.

Wayne Pacelle, president and CEO of The Humane Society of the United States, also blasted the Trump administration for the policy change in a blog post — calling it “jarring.”

He specifically mentioned the widely-reported death of Cecil the lion, who was shot dead in Zimbabwe by a dentist two years ago.

Opinion: An argument for putting water on the free market

“Zimbabwe’s elephant population has declined six percent since 2001 and evidence shows that poaching has increased in areas where trophy hunting is permitted,” Pacelle said. “Remember, it was Zimbabwe where Walter Palmer shot Cecil, one of the most beloved and well-studied African lions, who was lured out of a national park for the killing. Palmer paid a big fee even though it did irreparable damage to the nation’s reputation.”

Pacelle added, “Let’s be clear: elephants are on the list of threatened species; the global community has rallied to stem the ivory trade; and now, the U.S. government is giving American trophy hunters the green light to kill them…It’s time for the era of the trophy killing of Africa’s most majestic and endangered animals to come to a final close, and the United States should not be retreating from that commitment.”

A version of this report appears at NYPost.com .