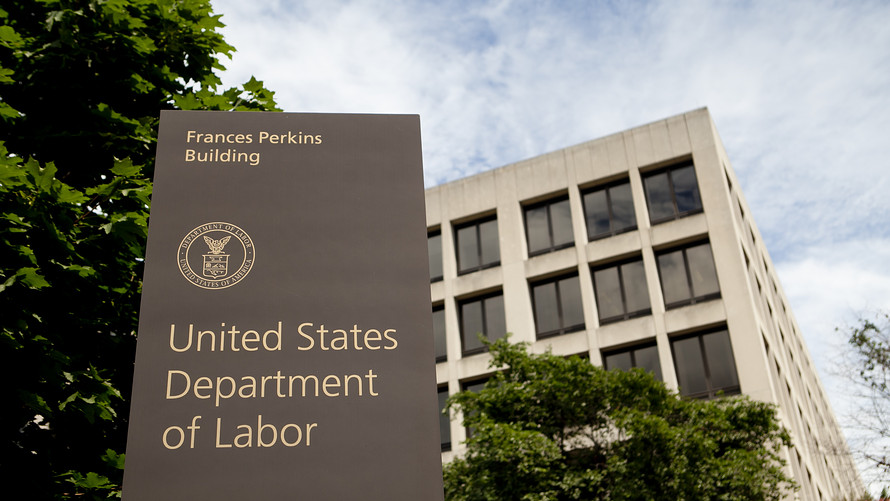 Bloomberg News
The U.S. Department of Labor headquarters in Washington.

WASHINGTON — President Donald Trump announced Thursday that he will nominate lawyer Eugene Scalia, the son of the late Supreme Court Justice Antonin Scalia, to be his new labor secretary.

Trump tweeted the news Thursday evening, less than a week after his previous secretary, Alexander Acosta, resigned amid renewed criticism of his handling of a 2008 secret plea deal with wealthy financier Jeffrey Epstein, who was indicted earlier this month for sexually abusing underage girls.

“Gene has led a life of great success in the legal and labor field and is highly respected not only as a lawyer, but as a lawyer with great experience” working “with labor and everyone else,” Trump wrote of Scalia, who is currently a partner in the Washington office of the Gibson, Dunn & Crutcher firm.

If confirmed, it will be a return to the department, where Scalia previously served as solicitor in President George W. Bush’s administration, overseeing litigation and legal advice on rulemakings and administrative law. He has also worked for the U.S. Department of Justice.

Trump had previously announced that Acosta would be succeeded in an acting capacity by his deputy, Patrick Pizzella.

Scalia did not respond to a request for comment Thursday.