Trump Today: President warns Iran against attack ‘on anything American’ 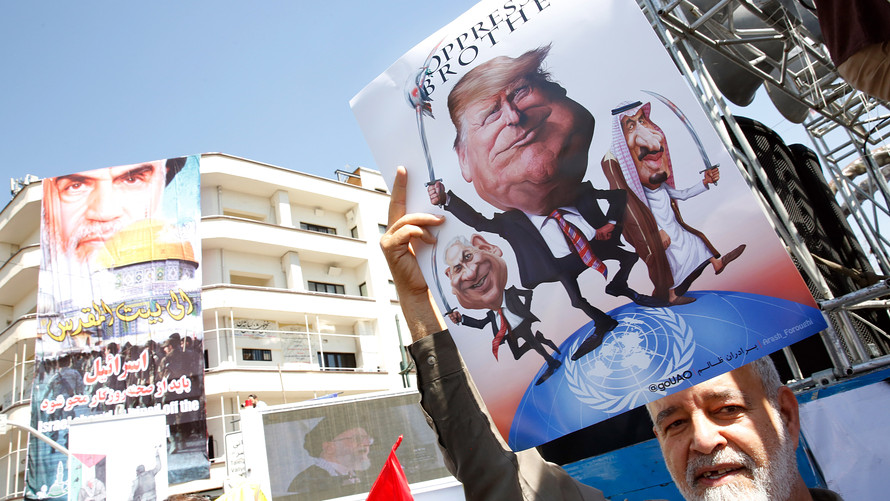 President Donald Trump on Tuesday talked tough about Iran, with his warnings coming just a few days after he called off U.S. airstrikes against Iranian targets that would have been in retaliation for the downing of an American drone.

“Any attack by Iran on anything American will be met with great and overwhelming force. In some areas, overwhelming will mean obliteration,” Trump said in a tweet .

The president also described Iran’s reaction to new U.S. sanctions as “very ignorant and insulting.” The sanctions — which Tehran dubbed “outrageous and idiotic” — target the Middle Eastern nation’s leaders and were unveiled Monday.

Speaking to reporters at the White House later Tuesday, Trump said Iran will “let us know” when the country is ready to talk or “do whatever.” When asked if he has an exit strategy if war breaks out with Iran, the president said he won’t need one.

GETTING READY FOR G-20 SUMMIT

With Trump due to depart on Wednesday for the G-20 summit in Japan, White House officials trumpeted the administration’s work to fight the fentanyl epidemic, as they also gave the president an update on this work and said it will be a topic at the gathering.

Fentanyl is a powerful synthetic drug that has had a big role in the opioid overdose crisis.

Chinese and U.S. trade negotiators reportedly have been discussing ways to resolve trade-related disputes ahead of a meeting between Presidents Donald Trump and Xi Jinping at the G-20 summit in Osaka.

Grisham has been serving as press secretary for First Lady Melania Trump. She is taking over for Sarah Sanders, who is stepping down and reportedly considering running for governor of Arkansas in 2022.