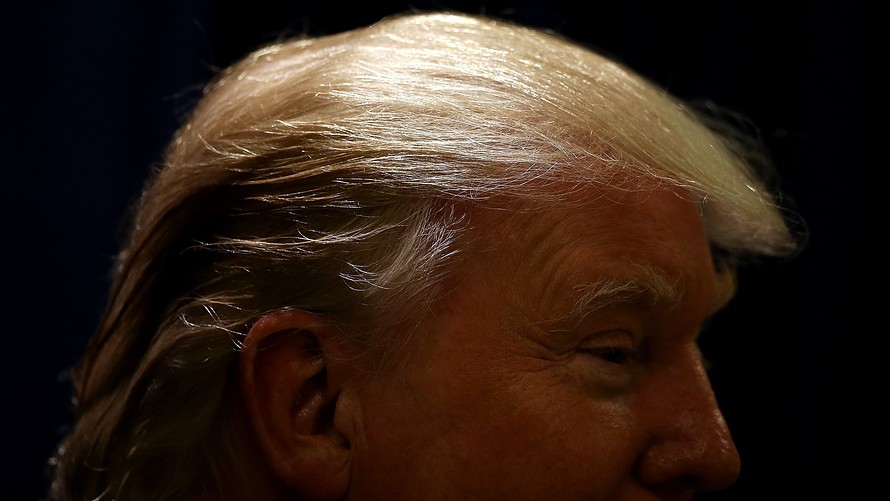 Getty Images
‘”My hair — I don’t know about you, but it has to be perfect,” President Donald Trump said.

The Department of Energy on Wednesday took the next step in delivering on President Donald Trump’s January pledge to get “rid of the restrictors” on water flow from showerheads, which the president has notoriously said keep him from having perfect hair.

Showers are just one part of a series of proposed rollbacks on regulations limiting household water use, including for washing machines and dishwashers. Last year, the Competitive Enterprise Institute and other groups circulated a petition arguing that efficiency rules gobbled up too much time because formerly one-hour dishwasher cycles had turned into 2 1/2-hour jobs because of less-powerful water flow .

Since 1992, federal law has dictated that new showerheads shouldn’t pour more than 2.5 gallons of water per minute as the country moved to more efficiency and cost savings. As popularity for multiple nozzles inside a single shower became trendy, the Obama administration defined the showerhead restrictions to apply to what comes out in total. So if there are four nozzles, no more than 2.5 gallons total should flow between all four.

The new proposal Wednesday would allow each nozzle to spray as much as 2.5 gallons per minute, not just the overall shower system.

The Department of Energy’s own database of 12,499 showerheads from a range of manufacturers showed 74% of them use two gallons or less of water per minute, which is 20% less than the federal standard.

“The new plan is a gimmick in search of a problem. Complaints about inadequate showerheads were frequent decades ago, immortalized in a 1996 ‘Seinfeld’ episode ,” said Andrew deLaski, executive director of the energy conservation group Appliance Standards Awareness Project. “But for many years now, we’ve had a fix for poorly performing models, one that requires no action by the Trump administration.”

The proposed regulatory rollback is part of a much broader push by the administration to lighten what it argues are prohibitive regulations on business, and apparently, on households. Several Environmental Protection Agency rules, many in place for decades, have been stripped, some, the administration says, because they are unduly confusing or multilayered. In fact, a group of past EPA bosses from both political parties have called for an EPA reset after the November election.

Read: Trump signs plan to spend $3 billion a year on national parks and public land during a 2020 crammed with EPA rollbacks

Energy Department spokeswoman Shaylyn Hynes told the Associated Press that the 2013 Obama administration definition of “showerhead” clashes with what Congress intended, as well as the standards of the American Society of Mechanical Engineers.

Initially, federal law prohibited states from setting stricter requirements, but this state preemption expired when the DOE failed to update the national standards. Six states, comprising about one-fourth of the U.S. population, have their own showerhead standards that save at least 20% compared to the national levels.

Wednesday’s proposed rule change also applies to washers and dryers, rolling back their efficiency standards. The changes could be challenged in court.

The current efficiency standards for washing machines, which were set in 2012, save a typical consumer $365 over the life of an appliance, when factoring both utility bills and purchase costs, said the Appliance Standards Awareness project, which is opposed to the administration’s changes. The group also pointed out current severe drought conditions in the western United States as just one major reason that lighter water restrictions could come at a dangerous time.

Ultimately, the administration’s plan would raise greenhouse gas emissions when more fuel is burned in homes with gas water heaters and at the power plants that supply power to homes with electric water heaters, opponents have said.

Plumbers say shower-flow issues have little to do with available water, but rather are specific to a home’s own system. Or, a slow shower may simply require an inexpensive showerhead swap.

The Associated Press contributed to this report .