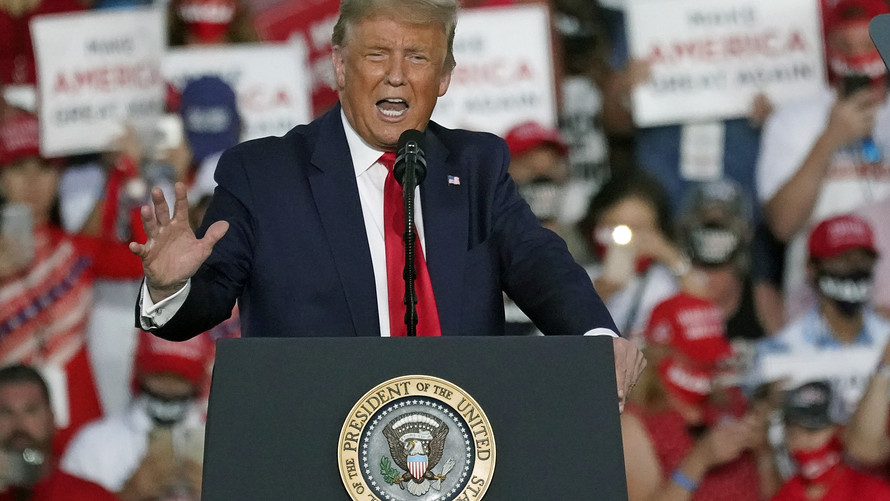 WASHINGTON (AP) — President Donald Trump on Tuesday asked the Supreme Court to put on hold an appeals court ruling that Trump’s accountant must immediately turn over tax records to a New York state prosecutor, setting up a decision from the high court that could come before Election Day.

The court could allow the immediate enforcement of a subpoena issued by Manhattan District Attorney Cyrus Vance Jr. or block it temporarily. Even if the court rules against Trump, however, the records would normally not be made public but turned over to Vance’s office.

This is the second time the records issue has reached the high court. The court previously prevented the records from being turned over while the case proceeded.

The justices in July rejected Trump’s argument that he is effectively immune from investigation while he holds office. Trump’s two Supreme Court nominees, Neil Gorsuch and Brett Kavanaugh, joined that decision.

But the high court returned the Vance case and another, similar case involving records sought by Congress to lower courts to allow Trump’s attorneys to make additional arguments.

In August, a district court judge rejected Trump’s attorneys’ renewed efforts to block Vance’s access to the records. And last week, the 2nd U.S. Circuit Court of Appeals in Manhattan agreed, saying the records should be turned over. But the rulings have been on hold while the president’s attorneys appeal.