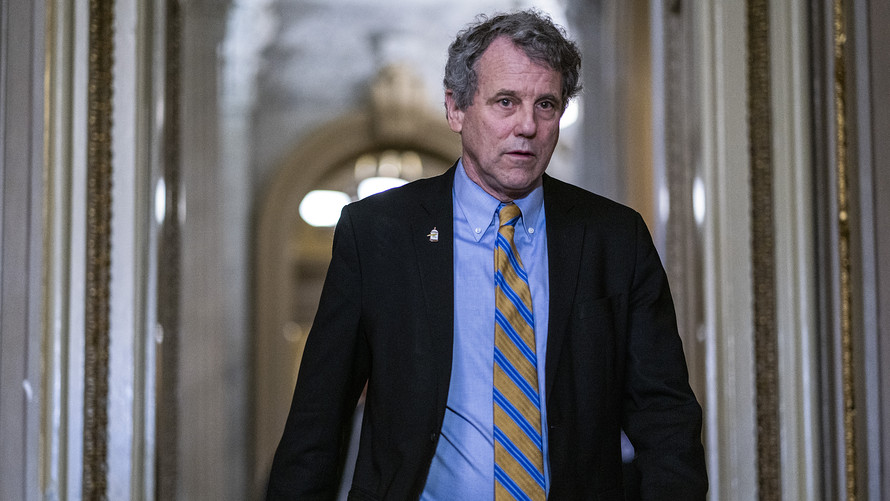 The Senate Banking Committee held a hearing Thursday on potential U.S. sanctions over China’s recent approval of legislation that could undermine democratic freedoms in Hong Kong, but Democrats and expert witnesses argued a first important step is for President Donald Trump to lead by example.

“All of us on this committee stand with protesters in Hong Kong, who just want a voice in their government to exercise fundamental democratic rights,” said Sen. Sherrod Brown, a Democrat from Ohio. “I hope my colleagues will stand with the millions of our black and brown fellow Americans who essentially want the same thing.”

Brown accused Trump of ordering “tear gas and rubber bullets to be used on peaceful protesters” on Monday in order to clear path to a church near the White House for a photo opportunity.

“Everyone on this committee wants the U.S. to be a global leader, a beacon of democracy to oppressed people everywhere who long for freedom,” Brown said. “The president of the United States is making that harder.”

White House press secretary Kayleigh McEnany said in a briefing Wednesday that “no tear gas and no rubber bullets were used” Monday. The United States Park Police said in a statement that its officers and other assisting law enforcement did not use tear gas, but “smoke canisters and pepper balls,” and accused protesters outside the White House of “throwing projectiles including bricks, frozen water bottles and caustic liquids.”

Protests over the killing of an unarmed black man, George Floyd, by a Minneapolis police officer have been ongoing for more than a week in cities across the U.S., and have been accompanied in some instances by looting and vandalism.

Peter Harrell, adjunct senior fellow at the Center for a New American Security and an expert witness at the hearing, said that to “galvanize a global coalition” against China’s actions in Hong Kong “we must live our values at home.”

“In recent days protests from London to Auckland have been focused on developments here in the U.S., not in Hong Kong,” he added. “Police abuses of unarmed men and women and U.S. security forces using riot-control equipment to disperse peaceful protesters and to block access to national memorials undercuts U.S. leadership.”

Also featured at the hearing was Lee Cheuk Yan, general secretary of the Hong Kong Confederation of Trade Unions and a former elected member of the Legislative Council of Hong Kong , who urged the Senate and the Trump administration to “consider all tools available,” including a full revocation of special privileges afforded to Hong Kong, but not mainland China.

Trump said last Friday that he was beginning the process of revoking these privileges, which include preferential tariffs, easier travel to the United States and exemptions from export controls, but was not specific as to which he will target.

While other experts on the panel, including Harrell and Eric Lorber of the Foundation for Defense of Democracies, urged cautious use of sanctions for fear of “further isolating Hong Kong from global markets” and hurting Hong Kongers and their economy, Lee argued that this isolation will happen with or without sanctions.

“Even without sanctions, we have to prepared for some tough times ahead,” he said, arguing that Hong Kong’s status as an international financial center is not the result of U.S. policy, but confidence it its institutions, which Beijing aims to radically transform.

He also spoke in support of new legislation proposed by Republican Sen. Pat Toomey of Pennsylvania and Democratic Sen. Chris Van Hollen of Maryland that would impose sanctions on Chinese officials, banks and companies that aid surveillance and police activity in Hong Kong.

The legislation would also express support for “Hong Kongers, in a time of crisis, to become eligible to obtain lawful entry into the United States if they are facing persecution or violence from Beijing,” according to a summary of the proposed bill .