As top Democrats Pelosi and Schumer urge congressional Republicans to return to the negotiating table, Trump engages in an intraparty war of words with Nebraska’s Ben Sasse 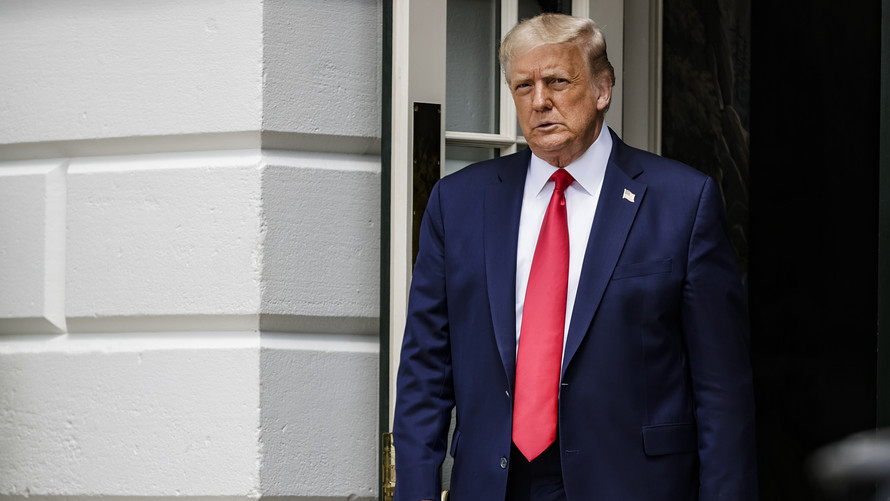 Getty Images
President Donald Trump departs the White House on Thursday to spend the weekend at his golf resort in New Jersey, with side trips to fund-raising events in the Hamptons and elsewhere.

Former Secretary of State Hillary Clinton, Trump’s rival in the 2016 presidential election, in an MSNBC interview called the executive actions signed on Saturday at Trump’s golf club in Bedminster, N.J., “a stunt.”

Trump made an end run around Congress on Saturday with an executive order and three memoranda aimed at boosting the economy, but analysts said the wording of the orders raised more questions than the answers provided.

For instance, the executive order will allow companies to avoid collecting payroll taxes, but analysts said workers would still be on the hook to pay the taxes by next April 15.

Trump, prodded by some of his economic advisers, has been a vocal fan of a payroll-tax holiday, but the tax break is not popular among Republicans and Democrats on Capitol Hill, as these taxes fund the Social Security program.

One Trump memorandum would provide $400 a week in extra unemployment benefits. The federal money would come from disaster relief funds. Analysts questioned the wisdom of using such funds with the U.S. hurricane season ahead. Cash-strapped states would be required to chip in $100 of the extra benefit. The program could last just four weeks before it runs out of money,

The Trump memorandum that on its face extends the CARES Act’s eviction moratorium merely asks whether certain agencies could “maybe do something” about evictions, said Bharat Ramamurti, a member of the COVID-19 Congressional Oversight Commission, in a tweet:

Congressional Democratic leaders issued a joint statement condemning the executive actions as feckless and urging Republicans to return to the negotiating table.

Diane Swonk, chief economist at Grant Thornton, agreed that Congress needs to pass legislation. The July employment report showed that job growth is slowing as the coronavirus pandemic spreads. “The crisis is real, while the economy has already shown signs of losing momentum.” Swonk said in a tweet.

The House passed a next-phase coronavirus relief package called the HEROES Act in May, but the Senate and White House opted to remain on pause till public pressure built when the benefits provided by the prior program expired at the end of July.

Trump on Monday hit back at Sasse’s “unconstitutional slop” assessment, calling the Nebraskan a “RINO” who could not have won his primary in May — he got more than three in four votes — without Trump’s endorsement but who has “gone rogue again.”

Sasse later replied that he’d have preferred to keep the conversation private but that Trump had negated that option. “On the topic that had you mad this weekend: No president — whether named Obama or Trump or Biden or AOC — has unilateral power to rewrite immigration law or to cut taxes or to raise taxes. This,” read a statement posted on the Sasse campaign account , “is because America doesn’t have kings.”

Read on: Members of Trump golf club in New Jersey enlisted as audience for impromptu press conferences and inking of executive actions