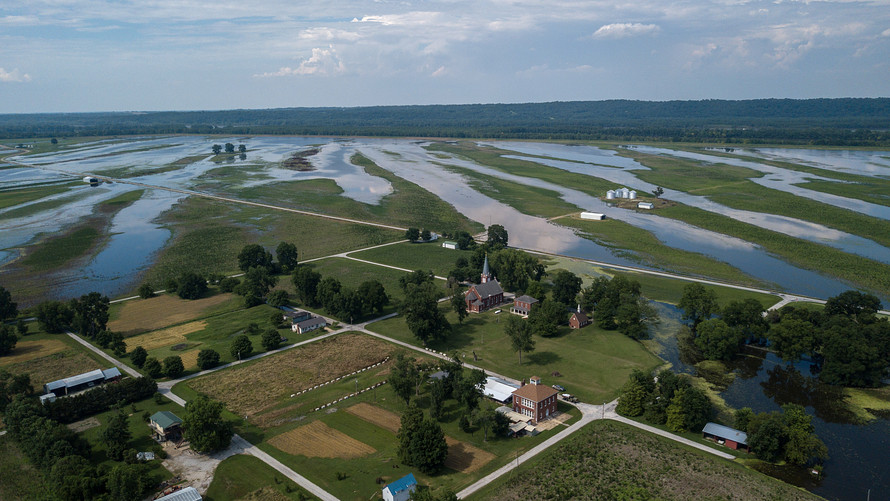 U.S. stocks have now fallen for a third consecutive week, and registered this year’s biggest one-day fall this week, as President Trump’s tariff war with China has taken its toll on economies from Asia to Europe and the U.S., including the American farmer, but the White House is refusing to accept responsibility.

“This is basically the Federal Reserve’s problem,” White House Director of the Office of Trade and Manufacturing Policy, Peter Navarro told Fox News. “They are causing this because when Jay Powell got in as chairman he proceeded to rein in interest rates by 100 basis points, too far too fast. Even though the Trump economy is rock solid, it slowed us down a bit because of those higher interest rates.”

Former Fed chair, Janet Yellen, begged to differ in an appearance on Fox Business. Noting that uncertainty about trade “is having a marked impact on business confidence,” Yellen said she thought the U.S. economy was still strong enough to avoid a recession, but she added, “But the odds have clearly risen, and they are higher than I’m frankly comfortable with.”

Businesses and investors agree and clearly think Trump’s tariffs on $250 billion worth of imports from China now at 25%, and another 10% levy due on the remaining $300 billion imports expected later this year, are raising business costs and disrupting supply lines as companies try to source raw materials and components from cheaper sources in other countries.

“It’s a dangerous game,” Dan Ivascyn, the chief investment officer at the fund manager Pimco, said. “We think some economic damage is dealt every day that this uncertainty lingers.”

For those looking for evidence of the US-China trade war hurting the economy, one only need to look at the U.S. farm sector this week.

Farmers are hesitating to upgrade their aging fleets of Deere’s iconic yellow and green tractors as the U.S.-China trade war stretches into a second year and after China reduced its purchases of U.S. soybeans in particular.

While the White House this week delayed tariffs on consumer products imported from China until December, it decided to push ahead with 10% tariffs on Chinese agricultural products as well as clothes and footwear from Sept. 1.

But President Donald Trump’s new tariffs on Chinese agricultural products are likely hurting China a lot less than the retaliatory duties Beijing is imposing on the U.S.

China exports of farm products to the U.S. are much smaller than what it imports from America. China shipped $3.1 billion worth of farm goods to America in the first half of this year, while it purchased $5.6 billion of U.S. agricultural items over the same period, according to Chinese customs data.

China has other sources of supply for agricultural crops anyway and is increasing its purchases from Brazil and Argentina, leaving U.S. farmers with rising inventories and lower prices. Chinese purchases of Brazilian soybeans last year surged after Beijing slapped 25% retaliatory tariffs on imports of U.S. agricultural exports.

Private and state-owned companies bought 25 to 30 cargoes of soy from Brazil recently, equivalent to about 1.5 million to 2 million metric tons and this is helping push up the premiums buyers need to pay for soy at Brazilian ports. As a result, Brazilian soybean inventories are now projected to fall to 2.6 million tons at the end of the season, the lowest in 20 years, according to the country’s soy-processor group, Abiove .