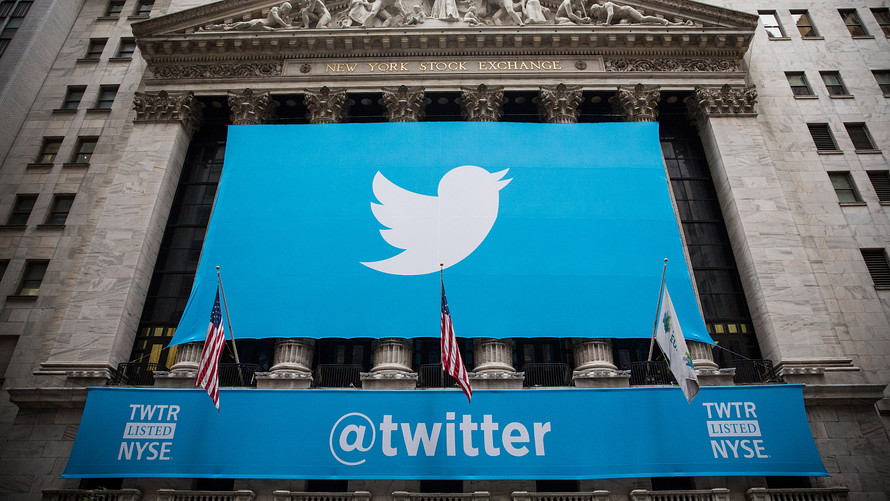 Twitter Inc. blamed advertising bugs for a big revenue miss in the third quarter, prompting questions about the company’s ability to execute and drive business improvements over the long term. Shares were down more than 19% in Thursday trading.

The company reported $824 million in quarterly revenue on Thursday morning, up from $758 million a year ago but falling short of the $874 million that analysts surveyed by FactSet had been expecting. Twitter /zigman2/quotes/203180645/composite TWTR +0.28%  disclosed that it discovered some bugs during the third quarter that had an impact on the company’s ability to target ads and help marketers measure the effectiveness of their campaigns.

In particular, management highlighted an issue with questions that the company poses to new users. It asks users whether Twitter can use device settings to show them ads, but that ad feature didn’t work as expected so Twitter turned off the setting. It also experienced challenges with a question that asked if Twitter can share data with measurement partners who then report it to advertisers that want to measure the effectiveness of campaigns. That question also contributed to challenges and Twitter turned off this setting as well.

“Although we are working on remediation, there isn’t remediation yet in place, and so the effects of that will continue into Q4,” Chief Financial Officer Ned Segal said on Twitter’s earnings call. For the third quarter, Twitter is calling for $940 million to $1.01 billion in revenue, below the $1.06 billion consensus. Management cautioned that these issues could have a full-quarter impact this time around compared with only a partial-quarter impact in the third quarter.

Earnings missed expectations as well, with Twitter posting 17 cents in adjusted per-share profits, down from 21 cents a year ago and below the 20-cent consensus.

The challenges on the ad front sparked new questions about Twitter’s execution skills following a stretch when the company seemed to be doing a better job of getting its business back on track with improvements to content recommendations and innovations in ad products.

“We view Twitter’s issues during Q3/Q4 as largely internal, self-inflicted, and (probably) fixable over the near term,” wrote MKM Partners analyst Rohit Kulkarni. “However, amplified impact on revenues due to a one-time technical bug makes us wonder whether one can confidently have a view on Twitter’s long-term potential. Twitter’s turnaround has clearly hit a small detour, in our opinion.”

He has a neutral rating and $44 target on the stock.

Stifel’s John Egbert speculates that the bug-related problems could negatively impact revenue beyond this year. “Our FY 2020 [estimate for] revenue growth (+14% year over year) may also be at risk given Twitter’s ad product’ ‘bugs’ sound like permanent headwinds to growth unless the new version of its app install product (making a debut in 2020) reinvigorates advertiser traction in this highly strategic vertical,” he wrote.

Egbert rates the stock a hold.

Loop Capital’s Rob Sanderson doubts that the report will drive any meaningful change in long-term sentiment toward Twitter. “Bulls will likely dismiss the poor result as a transitory issue and focus on improving user growth,” wrote Sanderson, who has a buy rating and $55 target price on the stock. “Bears will likely suggest the miss is related more to fundamental issues, that the service will never break away from its subscale status and that Twitter shares remain expensive even on the pullback.”

The lone bright spot in Twitter’s report was its growth in monetizable daily active users (mDAUs), reflecting product improvements meant to make notifications and timeline content more relevant. Twitter had 145 million mDAUs in the quarter, up from 139 million in the June quarter, whereas analysts were expecting 142 million.