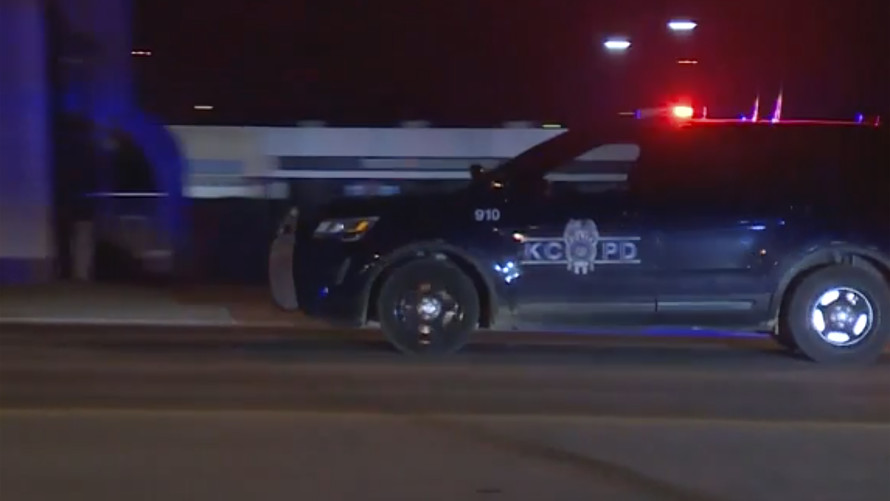 Associated Press
A police vehicle passes the scene of the Sunday-night shooting in Kansas City, Mo.

A motive for the attack shortly before midnight Sunday outside 9ine Ultra Lounge was not immediately clear.

Kansas City Police Capt. David Jackson told reporters that responding officers found “a chaotic scene.” A man and a woman were killed and police believe the shooter is the deceased man, Jackson said. It was not clear if the gunman targeted anyone in particular, he said.

A spokesman said a gunman opened fire on a line of people waiting to enter the bar. A preliminary investigation indicates an armed security guard killed the shooter, Jackson said.

At least 15 went to hospitals with injuries related to the shooting, police said. It’s unclear whether all the injured victims suffered gunshot wounds. At least three people are in critical condition, police said.

Also late Sunday, two people were shot to death and at least five were injured in an attack outside a bar in San Antonio, Texas. Suspected gunman remained at large on Monday.

Also late Sunday, two people were shot to death and at least five were injured in an attack outside a bar in San Antonio, Texas. The suspected gunman was still on the loose Monday, police said.

A Facebook post on 9ine Ultra Lounge’s page advertised Sunday night’s “Sold Out Sundays” event, which appeared to be a celebration of the Kansas City Chiefs. The Chiefs — featured on the event’s artwork — beat the Tennessee Titans on Sunday to advance to the Super Bowl.

“It just put such a tragic end to such a wonderful day in Kansas City,” Jackson County prosecutor Jean Peters Baker said at the scene, referencing the win. “It’s just hard to stand here and talk about this kind of tragedy on really one of the best days Kansas City has had in a long time.”