Two senators under scrutiny over selling stock before the coronavirus market crash — but do insider-trading laws apply?

Sens. Richard Burr and Kelly Loeffler, Republicans from North Carolina and Georgia, sold stocks before the stock-market crash when they had access to nonpublic information about the severity of the pandemic 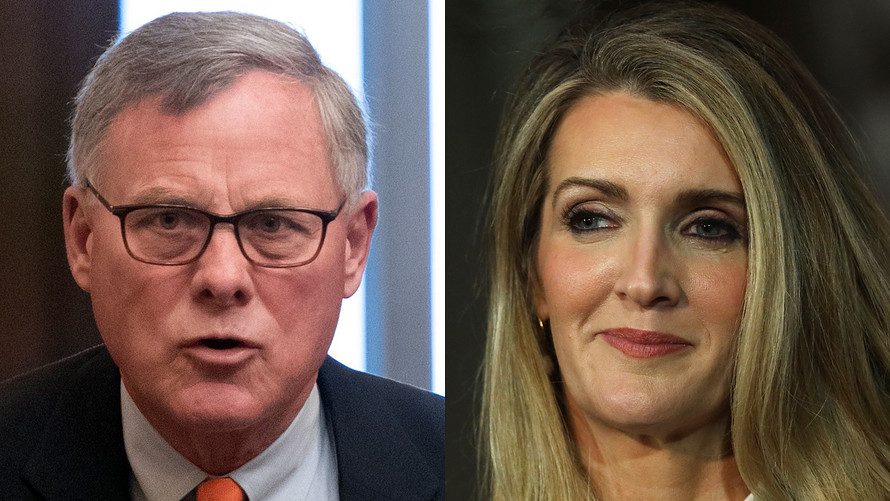 Two U.S. senators are facing intense criticism — and accusations of potential insider trading — on reports that they sold stocks while in possession of not-yet-public information on the economic and market threats posed by the coronavirus pandemic.

Sen. Richard Burr, a Republican from North Carolina and chairman of the Senate Intelligence Committee, reportedly sold between $500,000 and $1.5 million in stock during February, according to reports from Pro Publica and the Center for Responsive Politics. Ahead of the sales he co-wrote an opinion piece saying the country was “ better prepared than ever before” for the virus.

Sen. Kelly Loeffler, a Republican from Georgia, also allegedly sold off stock and made eyebrow-raising purchases, too, according to the Daily Beast. In mid-February, Loeffler bought between $100,000 and $250,000 in shares of Citrix /zigman2/quotes/206700852/composite CTXS -0.53% , a company whose software facilitates remote work. Shares in Citrix have increased some 8% this year, and are up nearly 20% from their year-ago levels, while the Dow Jones Industrial Average /zigman2/quotes/210598065/realtime DJIA -0.75% has lost a third of its value this year.

The pair said they’ve done nothing wrong, but that hasn’t stopped the calls for their resignation, as well as ethics investigations and even more.

“Maybe there’s an honest explanation for what he did. If there is, he should share it with the rest of us immediately. Otherwise, he must resign from the Senate and face prosecution for insider trading,” Carlson said.

The STOCK Act of 2012 forbids lawmakers from using nonpublic, material information for personal financial gain. There can be criminal and civil penalties for violating the act.

The legislation’s acronym stands for “Stop Trading on Congressional Knowledge.” Burr was one of three senators voting against it, various media outlets noted on Thursday.

The STOCK Act’s fiduciary duty applies to all members of Congress, staffers and government employees, according to Columbia Law School professor John Coffee, an expert in securities law.

In other words, prosecutors filing a criminal case under the STOCK Act would have to show the same evidence as they would in a corporate insider-trading case, Coffee said. But they could bring a case against government employees trading on inside information in other ways, too, such as by invoking mail and wire fraud.

The body of insider-trading case law points to some key guidance for behaving within the law’s bounds: Don’t trade on nonpublic information about listed companies, don’t tell someone else to trade on it, and don’t lie if authorities have questions on trades and investments.

Insider-trading cases can get “complicated,” according to former federal prosecutor Renato Mariotti. Mariotti, who ran for attorney general in Illinois in 2018, noted on Twitter /zigman2/quotes/203180645/composite TWTR -3.30% that insider trading “is only illegal when the information is ‘material,’ meaning that it would have caused a significant change in stock price. It is also only illegal when the information is known by the trader and is not public.”

If the accused can show someone else made the trading and investment decisions, they can prevail in the case, Coffee said. It damages the defense’s case, however, if the government official told a broker or adviser what to do.

Burr, for his part, denied all allegations of wrongdoing, and said Friday he “relied solely on public news reports to guide [his] decision regarding the sale of stocks.”

Loeffler was once an executive at Intercontinental Exchange /zigman2/quotes/209108507/composite ICE +0.02% , which owns the New York Stock Exchange. Her husband, Jeffrey Sprecher, is the company’s chairman and CEO.

She, too, has denied allegations of wrongdoing, saying neither she nor her husband made the investment decisions in question.

In a statement , Intercontinental Exchange said the couple “have made clear that those transactions were executed by their financial advisers without Mr. Sprecher’s or Senator Loeffler’s input or direction.”

The transactions were not in ICE securities and complied with the company’s procedures.

Two other senators’ names also surfaced in reporting on the Burr and Loeffler sales.

Sen. Dianne Feinstein, a California Democrat, and her investment-banker husband sold shares in the biotech company Allogene Therapeutics /zigman2/quotes/205047827/composite ALLO +0.74% , according to financial disclosures, in January. That stock, as Barron’s reported on March 1, was near a long-term low at the time of that sale. It subsequently rose in value, peaking in early March.

“All of Senator Feinstein’s assets are in a blind trust, as they have been since she came to the Senate,” a spokesman said.

The SEC can also bring cases against government officials

The SEC can also sue government official if the regulator believes the STOCK Act has been violated.

That would be a civil case with a lower standard of proof, Coffee said.

Regulators would have to convince a judge or jury that the accused official was “recklessly and consciously indifferent” to his or her fiduciary duties. The legal burden is met “by the preponderance of the evidence,” Coffee said. That means, he explained, a violation of the law was “more likely than not.”

Former Rep. Chris Collins of New York is serving a 26-month sentence in an insider-trading case where he pleaded guilty to conspiracy to commit securities fraud. Collins, the first member of Congress to endorse Donald Trump’s presidential candidacy, was a board member of an Australian biotech company and told his son about a clinical failure on a multiple-sclerosis drug in development, prosecutors said. (He was believed to have conveyed the news by phone while attending an event at the White House.)

The questions emerging late this week about the senators’ trading activities come at a point when the Justice Department is prosecuting very few white-collar cases, according to a Syracuse University report.

Even absent criminal or even civil charges, though, Congress could launch ethics investigations. In fact, Burr said he would request exactly that in the name of “full transparency.”

Coffee said the whole thing looked bad, even putting aside any legal liability. “We’ve got this coronavirus national crisis. It’s had everything except a classic Hollywood villain.” Federal lawmakers trading on information “are going to look like the worst villain we’ve seen in this story,” he said.