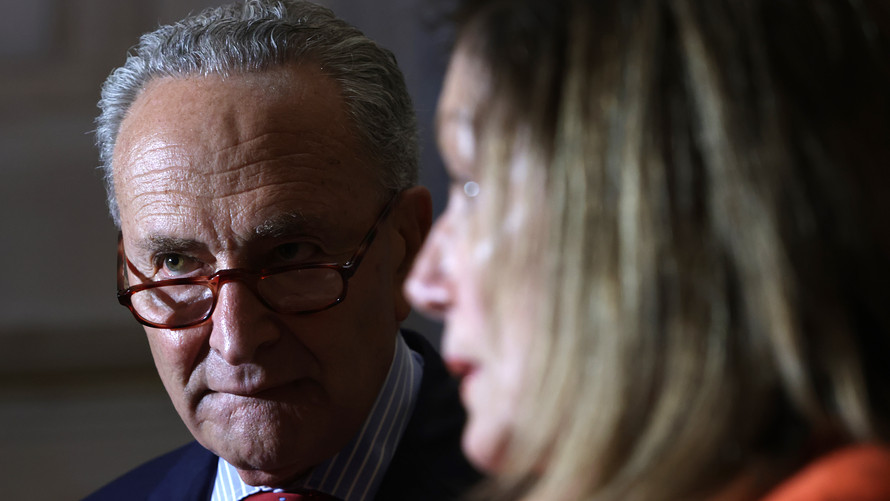 White House officials and congressional Democrats on Sunday expressed a willingness to compromise on another stimulus package to bolster the stalled economy but said no talks were planned.

Speaker of the House Nancy Pelosi said on CNN’s “State of the Union” that the negotiations “have to” resume. When the talks ended Thursday evening, both sides said they would be willing to listen to new offers.

President Donald Trump stepped into the breach Saturday with an executive order and some memorandums designed to boost the economy without legislation.

Pelosi, a California Democrat, said the measures were an illusion and “absurdly unconstitutional.” But both she and Senate Minority Leader Charles Schumer, a Democrat from New York, demurred when asked if they would file suit to block Trump’s plans.

Democrats appear to hope that the negative reaction from constitutional experts and the public to Trump’s actions would bring the White House back to the negotiating table.

“Here is my hope: Now that they have done these executive orders and the American people have seen how paltry, how narrow ... they are, that Republicans who hung their hats on these executive orders will now be forced ... by the American people to come to the table, accept our compromise to meet in the middle and come up with an agreement,” Schumer said on ABC’s “This Week.”

House Democrats passed a $3.4 trillion stimulus measure in May, while Republicans have put up a $1 trillion plan, amid opposition from numerous GOP lawmakers who questioned the need for any further federal relief. The two sides have struggled to bridge the gap.

Schumer said Democrats have proposed to come down to $2.4 trillion and want Republicans to come up to $2 trillion. “We could meet in the middle and get things done quickly,” he said.

Republicans want to pass “piecemeal legislation” on the issues that the two sides agree on. But that would leave several Democratic priorities unaddressed.

Even the Democrats’ offer to spend less was mainly accomplished by a budgeting gimmick. Pelosi said Democrats were just shortening the amount of time for the programs to spend money, not agreeing to an actual cut in spending.